Major retailer SPAR has announced that its wine range is now fully vegan in the UK, following a pledge made in 2019.

Just in time for Veganuary (and thankfully continuing beyond dry January), convenience chain SPAR has announced that its own-brand wine range is now fully vegan.

The move has come after SPAR made the pledge in 2019 to make its full range vegan-friendly from 2021 onwards.

SPAR made the change to ensure that its own label range is inclusive and accessible for shoppers, a growing number of whom are now looking specifically for vegan food and drink.

“More than half a million people took part in Veganuary 2021 and 85% of those surveyed said they planned to at least half their intake of animal products after January, but it’s not just vegans driving the demand.

“People are increasingly looking for vegan products, regardless of their eating habits or lifestyles, so the time is now to create more inclusive ranges that tap into what our shoppers are looking for,” says Adam Georgiou, Brand Manager for Own Label Beers, Wines and Spirits at SPAR UK.

“We have a fantastic range of wines, which we know are high quality and affordable, so already catering to a wide audience. We’re confident that there’s now something for everyone – whether they’re vegan, flexitarian or meat eaters who just love a nice glass of wine.” 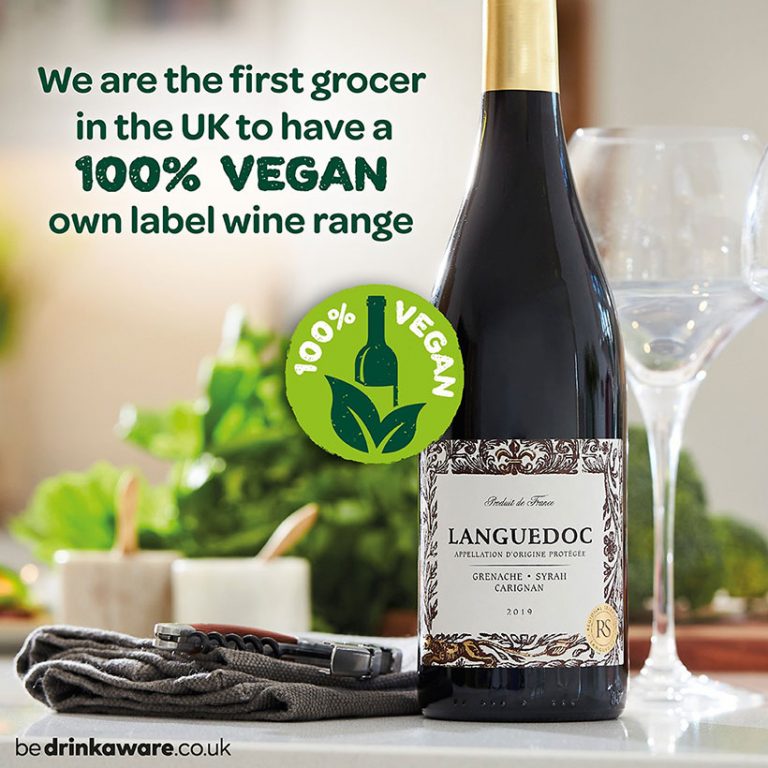 “We are really proud to be delivering on our promise to become the first grocer offering an own label wine range that is suitable for vegans,” added Georgiou.

All wine from Spar’s 2021 vintage will be suitable for vegans and will be available from around 1,700 licensed Spar stores across England, Scotland and Wales.

The chain will also be promoting its vegan wine range for Veganuary, with many of its vegan wines available at an offer price until 9th February.

Vegan wines in the UK

Vegan wines have gained momentum recently, with more and more people becoming aware of what can stop wines from being vegan-friendly.

Many other stores have launched vegan wines or vegan wine ranges, including Tesco, Co-op, Lidl, and B&M.