Single-use plastics including cutlery, plates and cups to be banned in England, says report

A ban on single-use plastics is reportedly on the horizon: a Defra spokesperson said the government is 'determined to go further and faster to reduce, reuse, and recycle more of our resources'.

Single-use plastics including cutlery, plates and polystyrene cups are set to be banned in England in a bid to reduce plastic pollution, according to reports.

The Financial Times reports that environment secretary Thérèse Coffey will, in coming weeks, unveil plans to phase out the items and replace them with biodegradable alternatives.

Such a ban by the UK government would follow a consultation held by the Department for Environment, Food and Rural Affairs (Defra) between November 2021 and February 2022.

The public was consulted on plans to ban the supply of polystyrene food and drink containers, and single-use plastic items. 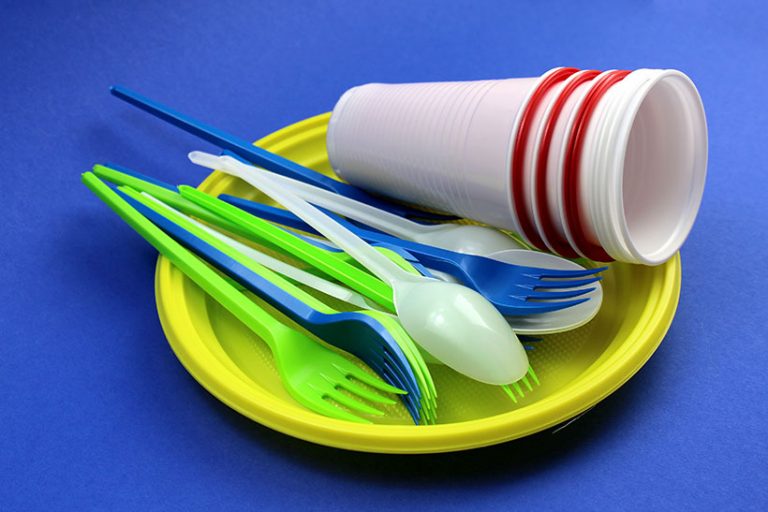 Single-use plastics including cutlery, plates and polystyrene cups are set to be banned in England in a bid to reduce plastic pollution. Image credit: Snezhana Kudryavtseva via Getty Images

A UK government ban on these items would follow single-use plastic straws, stirrers and cotton buds being banned in England in 2020.

According to a Defra spokesperson: “We are determined to go further and faster to reduce, reuse, and recycle more of our resources in order to transform our waste industry and deliver on our commitments in the ambitious 25-year environment plan. Cutting our reliance on single-use plastics is crucial.”

“Having already banned single-use straws, stirrers and cotton buds and ended the sale of billons of single-use bags with our plastic bag charge, we will be responding soon to a consultation on further bans of plastic plates, cutlery, balloon sticks and expanded and extruded polystyrene cups.”

Commenting on the environmental dangers of the items at time of the 2020 ban, a government statement said: “Despite the action taken so far on plastics, it remains widespread and its inappropriate disposal causes environmental damage.

“A plastic item used for a few minutes can persist in the environment for hundreds of years and endanger wildlife and habitats. When broken down into microplastics, it reaches our soils, waterways, ocean and food chains within them.”

Do you want to kick your own single-use habit? Here’s how to cut down your plastic consumption