A man who went shopping at his local supermarket was shocked to find a packet of meat on the shelves that was crawling with live maggots. 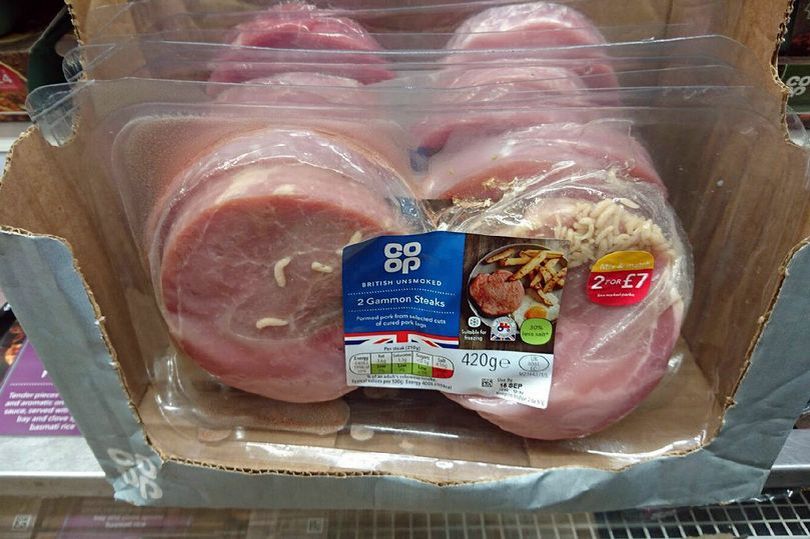 Shopper Justin Kelso was shopping in the Co-op store on Salisbury Road in Plymouth at the weekend when he noticed that a packet of two gammon appeared to be moving, and on closer inspection there appeared to be live maggots feasting on both of the steaks, The Plymouth Herald reports.

“After spotting the maggots I didn’t want to touch the packet of meat so I picked up the box containing the bad one and handed it to a member of staff,” said Justin.

“I said seriously, this has live maggots all over it. She said ‘oh dear’, and was very apologetic and kept saying sorry.”

“She took the box out to the back room and that was it.” 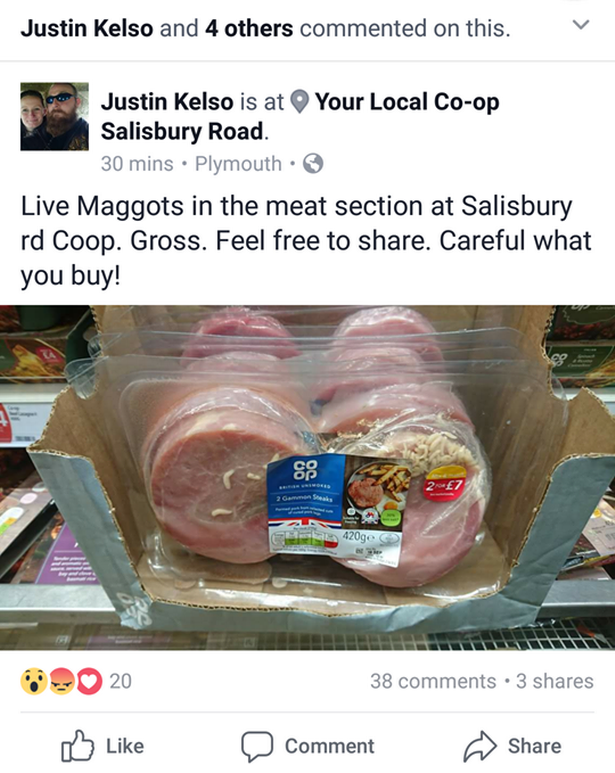 Justin was unable to see if the packet had been breached, but many people who commented on his Facebook post said the picture appeared to show the edge of the packet was slightly open.

Justin said: “The gammon looked to be in date, so it may be possible somebody took it away and brought it back in but I’m really not sure.”

The story has been receiving attention online, and  a number of vegans have commented on the incident to point out the irony of consumers being disgusted to find maggots in their food. Facebook user Domi V Piasecka said: “If eating pigs is okay for people, then surely eating maggots should be okay too?!” Alan K. Parsons added: “Protein tho? One company is planning to create animal feed from the protein-rich maggots. Why eat the meat when maggots are so protein rich [sic]?”

A Spokesperson for the Co-op, said: “We go to great lengths and work closely with our suppliers to ensure the highest standards, this product has been removed from the shelf and an immediate investigation into this isolated incident is underway.”