According to the Isreal-based company, its high tech, plant-based product ‘achieves a level of quality, taste, and versatility comparable to high-quality, animal-based meat’.

The plant meat will feature on the menu at both Harry Gordon’s Bar & Kitchen (Lower Ground floor) and The Brass Rail (Ground floor) at Selfridges until April 30.

Harry Gordon’s Bar & Kitchen will be serving the vegan meat in a Spanish white bean stew, and The Brass Rail will offer it in a ciabatta roll.

The dishes, which are exclusive to the two restaurants, are being served as part of Selfridges’ ‘earth-conscious shop of the future’ retail exhibition called ‘SUPERMARKET.’

The collaboration invites consumers to ‘see Redefine Meat behind the scenes for the very first time’, so they can find out more about its impact on the environment, the tech behind it, and the products themselves.

This doesn’t mark the first time the range has been available to diners: it is currently on offer in a number of restaurants in Israel, London, Amsterdam, and Berlin. 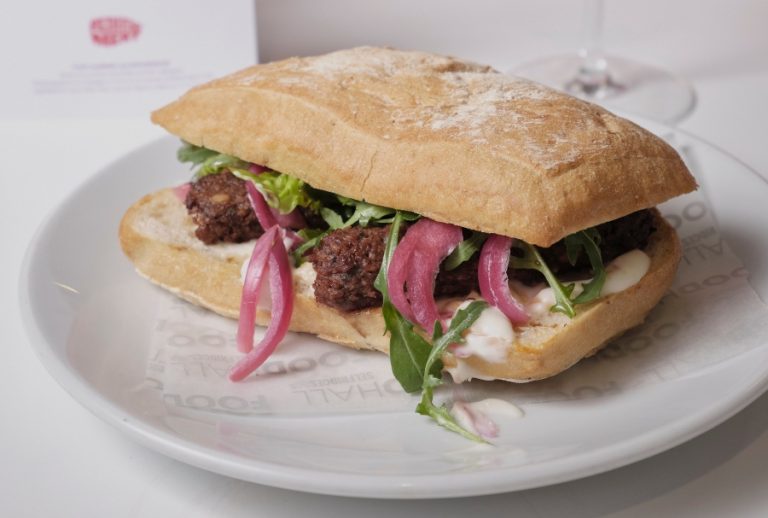 The taste and texture of animal meat

In a statement sent to Vegan Food & Living, he said: “Selfridges stands out as a worldwide brand synonymous with quality.

“Its in-store restaurants are no different and that’s why it’s a natural step for Redefine Meat’s New-Meat products, as defined by their quality, to be listed on their menus.

“We’re confident that it will continue to surprise and impress the public with the same delicious taste and texture of animal meat, and its truly ground-breaking environmental benefits.”