As we say goodbye to October and head into November, we can’t help but get excited about Christmas.

To add to the excitement, Sainsbury’s has unveiled its vegan Christmas range for 2022 filled with new and classic plant-based dishes from the supermarket’s Taste the Difference and Plant Pioneers range.

With the aim of taking the stress out of the bid day, Sainsbury’s festive products include plant-based mains, vegan trimmings, and an indulgent vegan dessert.

In a statement, a spokesperson for the supermarket revealed that this year they included more plant-based dishes in their signature Taste the Difference range because they were so proud of the quality and flavour of the food. 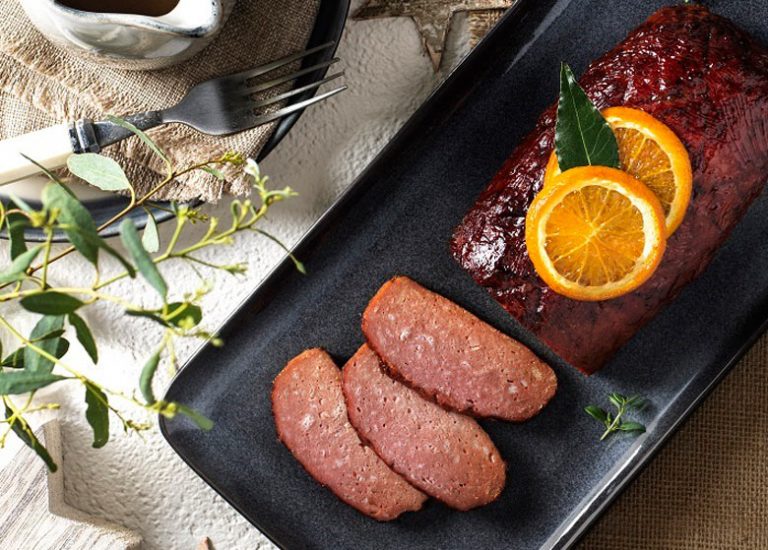 Returning for 2022 is Sainsbury’s Plant Pioneer Meat-Free Festive Wellington (£6.50). Hand-wrapped in a flaky puff pastry casing, the wellington is filled with a mushroom and pea protein centre.

The mushroom duxelles surrounding the meaty centre is flavoured with porcini mushrooms and port for added richness.

Next is the supermarket’s Taste the Difference Turkey-style Crown with Sage and Onion Stuffing (£7.00). Serving up to 4 people, this vegan Christmas roast is hand prepared and made from soya protein that is said to be “Expertly infused with natural vegan flavours for a rich, meaty succulence”.

Rashers of vegan bacon sit on top of the roast while a herby sage and onion stuffing run through the centre. Top with the zesty sage, thyme and onion melt for a Christmas showstopper that will please the whole family.

New for 2022 is the Taste the Difference Meat-Free Gammon-Style Roast with Spiced Blood Orange Glaze (£7.00). Hand-finished with juicy mandarin slices and a spiced orange glaze, Sainsbury’s gammon-style roast is made of mushroom and pea protein to give the main a traditional meaty taste. 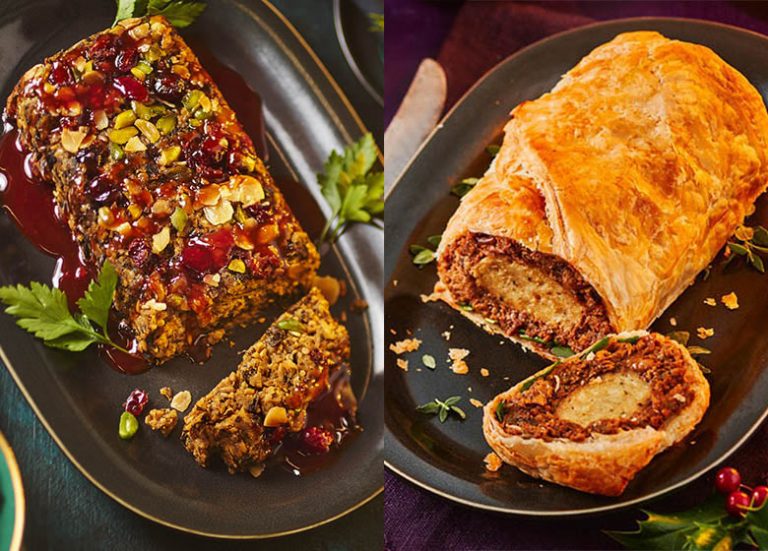 For those who are not so keen on meat replacements, Sainsbury’s has brought back its Taste the Difference Three Nut Roast with Tangy Spiced Orange and Cranberry Glaze (£7.00) for 2022.

Loaded with cashews, mushrooms and squash and topped with pistachios, almonds and chewy whole cranberries, this nut roast promises to have a firm but moist texture.

Pour over the spiced orange and cranberry glaze to finish.

No Christmas meal is completed without festive trimmings. Thankfully, Sainsbury’s has restocked its Plant Pioneers Vegan Trimmings Selection (£4.50) ahead of the big day.

The vegan selection includes 10 mushroom stuffing balls seasoned with sage and onion and 10 meaty mini vegan sausages wrapped in meat-free bacon. Serve as part of your Christmas dinner or as canapés at a festive party. 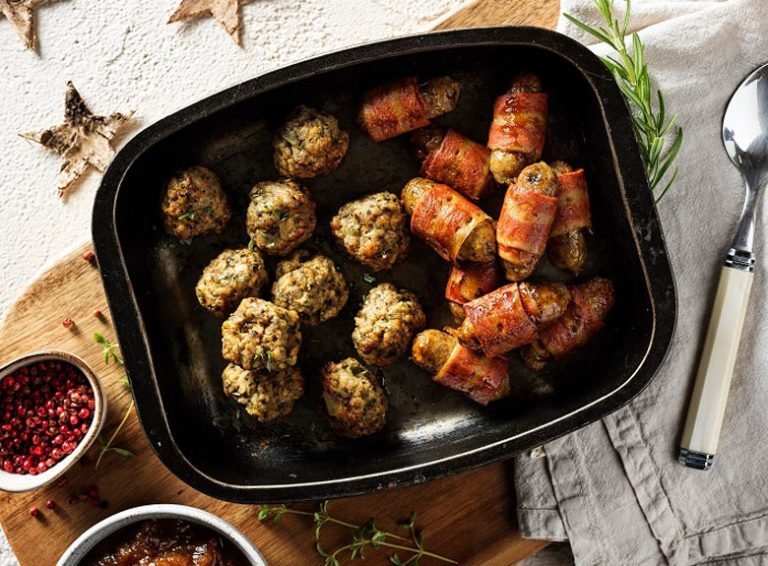 Who doesn’t love an indulgent pudding during the festive period? To satisfy our sweet tooths, Sainsbury’s has launched a new vegan chocolate dessert.

The Taste the Difference Chocolate Cookie No-Cheesecake (£10) features a crunchy cookie base and a creamy layer made of coconut and chocolate filled with pockets of silky chocolate sauce.

The vegan cheesecake is topped with shavings of dark chocolate cocoa powder for added richness. 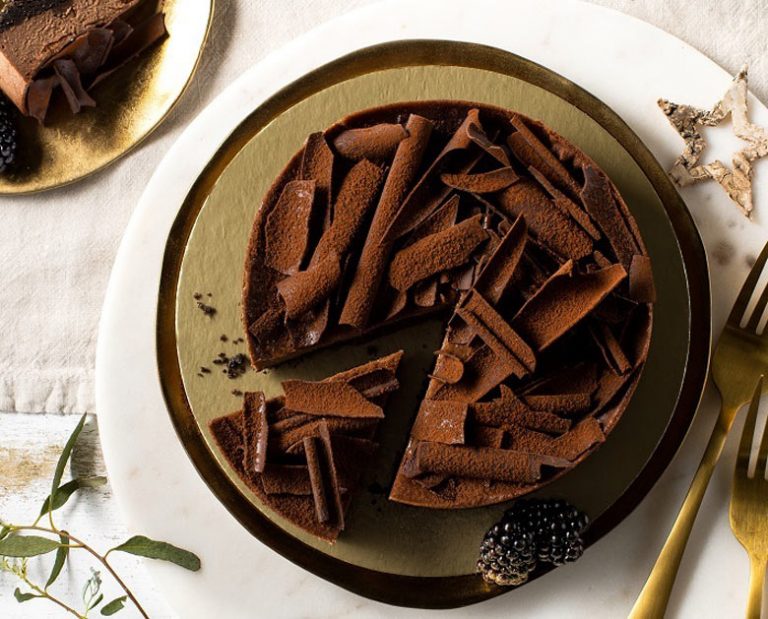 You can now find all of the above items through Sainsbury’s Food to Order website.

Date for collection of the pre-ordered food range from December 22nd, 23rd, and 24th.

The supermarket is yet to announce when the range will be able to purchase in stores.

Want to make your own vegan showstopper this Christmas?
Here are 48 vegan Christmas recipe ideas to inspire you