Vegan pizza fans in London will now be able to pick up delicious pizzas from high-street restaurant chain Zizzi’s as they partner with Sainsbury’s to offer customers the opportunity to purchase their Zizzi’s vegan pizza in supermarket stores. 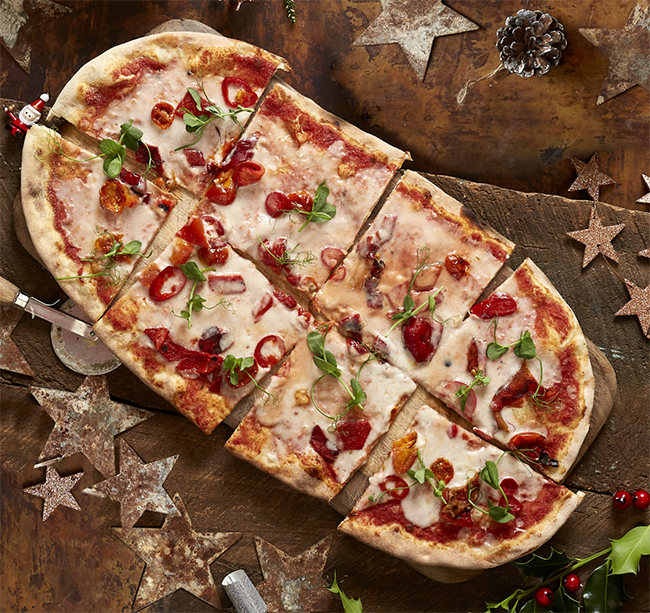 Sainsbury’s have partnered with high-street restaurant chain Zizzi’s in an exciting new trial at their Balham store, and will offer a selection of Zizzi’s high-quality pizzas, including their vegan options. The pizzas can be ordered in the store, by click & collect on the Zizzi website, or even through Deliveroo if you don’t fancy leaving the house.

According to a Sainsbury’s spokesperson:

“The counter offers a selection of Zizzi’s hand-stretched, stone-baked Rustica pizzas, including vegan options and topping customisation, alongside garlic breads. “Sainsbury’s customers can order the premium pizzas either in store or via Click & Collect on the Zizzi website, paying for the products quickly and easily from a dedicated takeaway check out at the store’s hot food counter.

“Ready to eat Zizzi pizza from the Sainsbury’s Balham store will also be available to Deliveroo users via the Deliveroo platform.”

The CEO of Zizzi, Steve Holmes, said of this exciting new partnership:

“Changing consumer lifestyles have created opportunities within casual dining and we have seen delivery sales grow rapidly behind the increased demand for restaurant quality food enjoyed at home.

“Offering our signature Rustica Pizzas to go in Sainsbury’s is a natural progression in offering another convenient way for customers to purchase their favourite pizza, ready to eat.”

Whilst the addition of Zizzi’s pizzas to supermarket shelves is currently being trialled at a single store, if it is successful we could soon see Zizzi’s vegan pizza being sold in stores nationwide. Let Sainsbury’s know on Twitter and Facebook that you’d like to see them in stores near you!