Rudy’s Vegan Diner opened the doors of its brand new diner to customers this week for the first time.

The restaurant, which has opened next to Rudy’s famous vegan butchers in Islington, opened in mid-April for delivery and collection only due to covid-19 restrictions.

According to Big Hospitality, the opening of the Islington diner is the first of four new restaurants planned – watch this space.

With Covid restrictions easing across the UK there is hope and excitement for the hospitality sector.

“It’s been a long time coming”

On the day of its opening, Rudy’s Diner shared a heartfelt message on its Instagram, “We are so glad to finally be able to have you dining in,

“It’s been a long time coming”

The Islington diner is the second restaurant from Rudys, as part of its plan to open four new venues in the next 12 months. 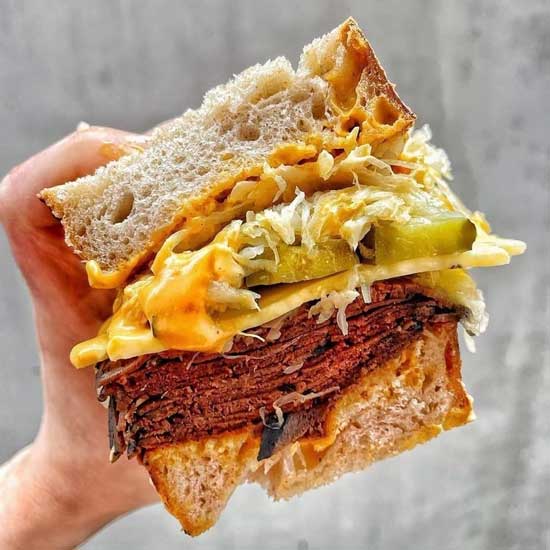 Not just a Dirty Vegan Diner

Following its success, the restaurant went on to open the UK’s first 100% vegan butchers in North London. Selling a range of vegan meats including Peppered ‘Salami’, Black Pudding, and Peppered Turk’y Slices.

Despite some controversy, the vegan butchers completely sold out on the first day. With queues of people trailing down the street all eager to get their hands on the vegan meats.

The vegan butchers have since opened a second location in London’s iconic Selfridges Food Hall.

Ever tried making your own seitan? These 21 seitan recipes are so delicious even meat-eaters will love them.