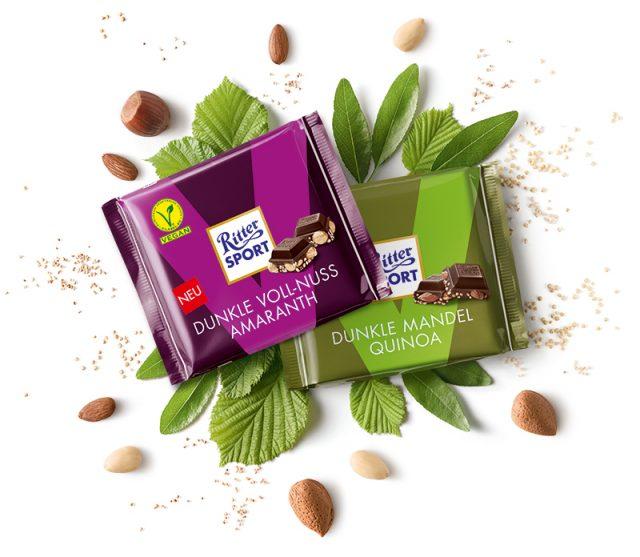 German confectionary company Ritter Sport released its first two fully vegan chocolate bars. Although their range already includes a “vegan-by-default” marzipan option, the new flavours are the first to receive vegan certification. One will be made with quinoa and the other with amaranth—contain Nicaraguan cocoa and replace dairy with hazelnut cream. “The ‘normal’ supermarket chains now also have organic and vegan products, and not just in a corner,” Ritter press representative Thomas Seeger said, adding that vegan products in Germany are now placed “side-by-side with the normal ones.”

According to ConfectionaryNews, the 100g bars have the suggested retail price of $2.13, and the company’s blog features a section about the vegan products (in German). They are currently only available in Germany, but more vegan varieties are expected to be added to the line.