Rebel Kitchen have announced the launch of their brand new range of innovative organic vegan mylks that they claim looks and tastes like cows milk. 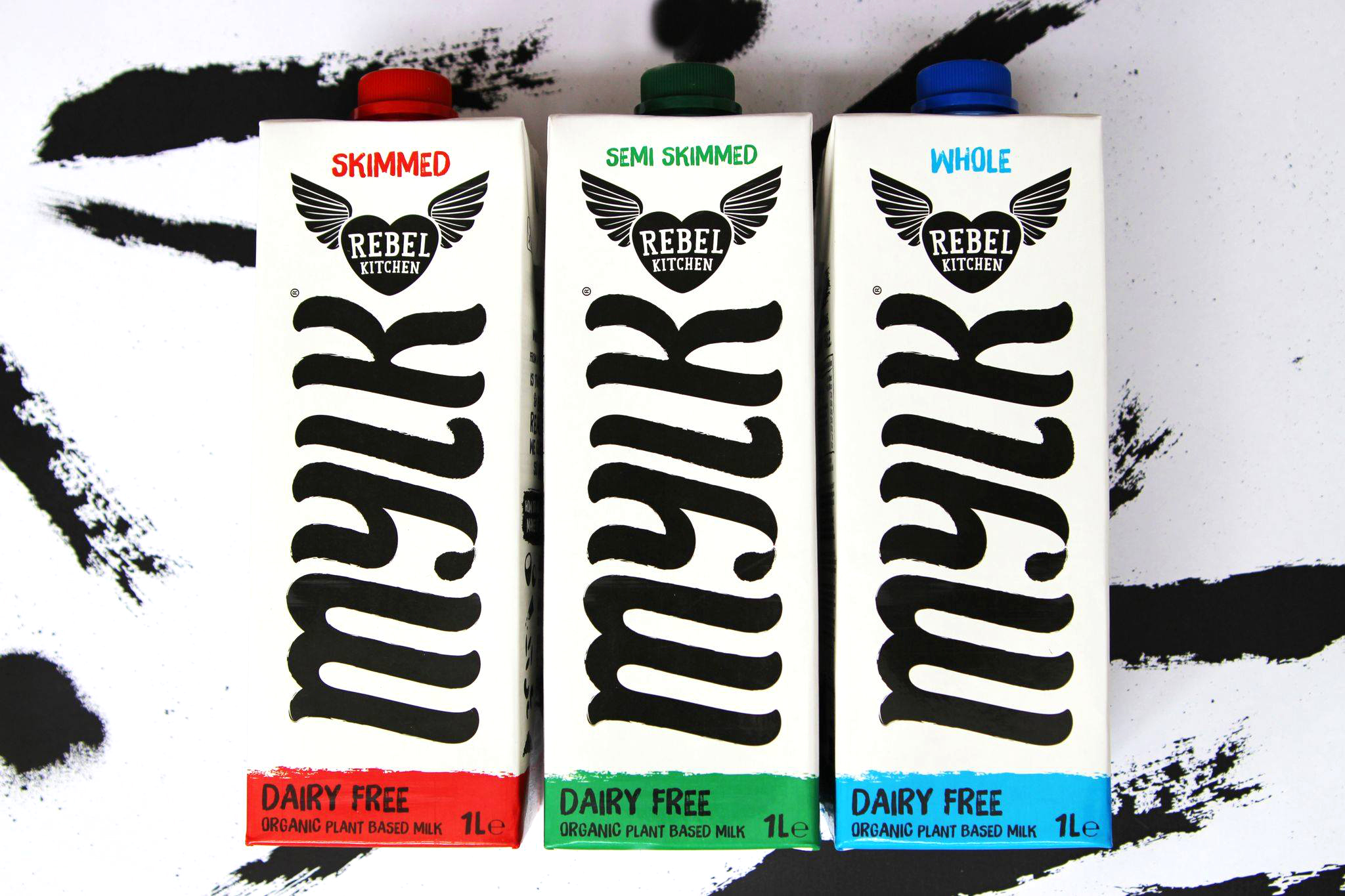 Dairy is often the last hurdle when it comes to going vegan, with many people finding it difficult to find an alternative to cows milk that really hits the spot in terms of flavour. Luckily, Rebel Kitchen are here to save the day with the launch of their brand new range of organic vegan mylks that have been designed to mimic the look and taste of cows milk.

The new range of mylks even come complete with coloured tops like traditional cow’s milk to help customers choose their perfect dairy-free alternative, and can be used in the same way as cow’s milk in recipes.

The mylks are made from a blend of coconut cream, Himalayan salt, brown rice, cashews and nutritional yeast. The percentage of coconut cream added to each mylk determines whether it’s skimmed, semi-skimmed or whole, with the whole mylk containing a whopping 25% coconut cream to help give it a rich, creamy taste and texture.

The new range of organic vegan milks are available to purchase in Waitrose stores from today, and are priced at £2.99.