According to Quorn, the nuggets, which are now available, are 'naturally high in protein and fibre, low in saturated fat and sustainable'

Quorn’s vegan range is expanded with the launch of a new product aimed at children – vegan nuggets shaped like unicorns.

The new UniQuorns launched in Iceland on 31 August 2022 and will hit the freezers in Asda, Sainsbury’s and Tesco throughout October and November.

According to the brand, its new offering is the ‘ultimate vegan nugget’ and was created to make vegan dinners easier and ‘bring magic and smiles to the dinner table for young kids’.

The nuggets feature Quorn’s trademark vegan meat alternative, which it describes as ‘naturally high in protein and fibre, low in saturated fat and sustainable’, coated in breadcrumbs.

It says the child-friendly option will help families to ‘reduce their meat intake whilst giving a magical twist to the usual mealtime routine’. 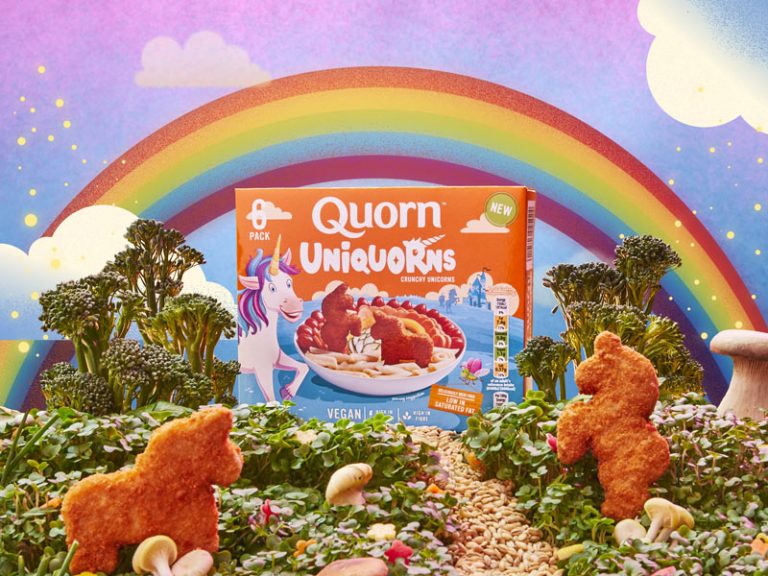 In a statement sent to Vegan Food & Living, Gill Riley, the brand’s marketing director, said: “We know parents have a lot on their plates without worrying about how to keep their kids engaged at mealtimes too.

“Our new UniQuorns are tasty, crunchy and 100 per cent guaranteed to please even the pickiest eater!

“We’re so proud of how well our Roarsomes nuggets were received, so it felt right to expand our fantasy food range with a brand-new vegan product that enables families to have a magical meal which is healthy for them and the planet.”

Quorn’s new UniQuorns (RRP £2.50) are available from Iceland’s freezer aisle now, and will launch in Asda, Sainsbury’s and Tesco in October and November.

Tempted to try Quorn but not sure what options are plant-based? Find out everything you need to know with our extensive guide – Is Quorn vegan? The complete guide to Quorn’s vegan products.