Pret A Manger is launching its new Autumnal menu today, and there’s plenty of tasty vegan options to choose from! 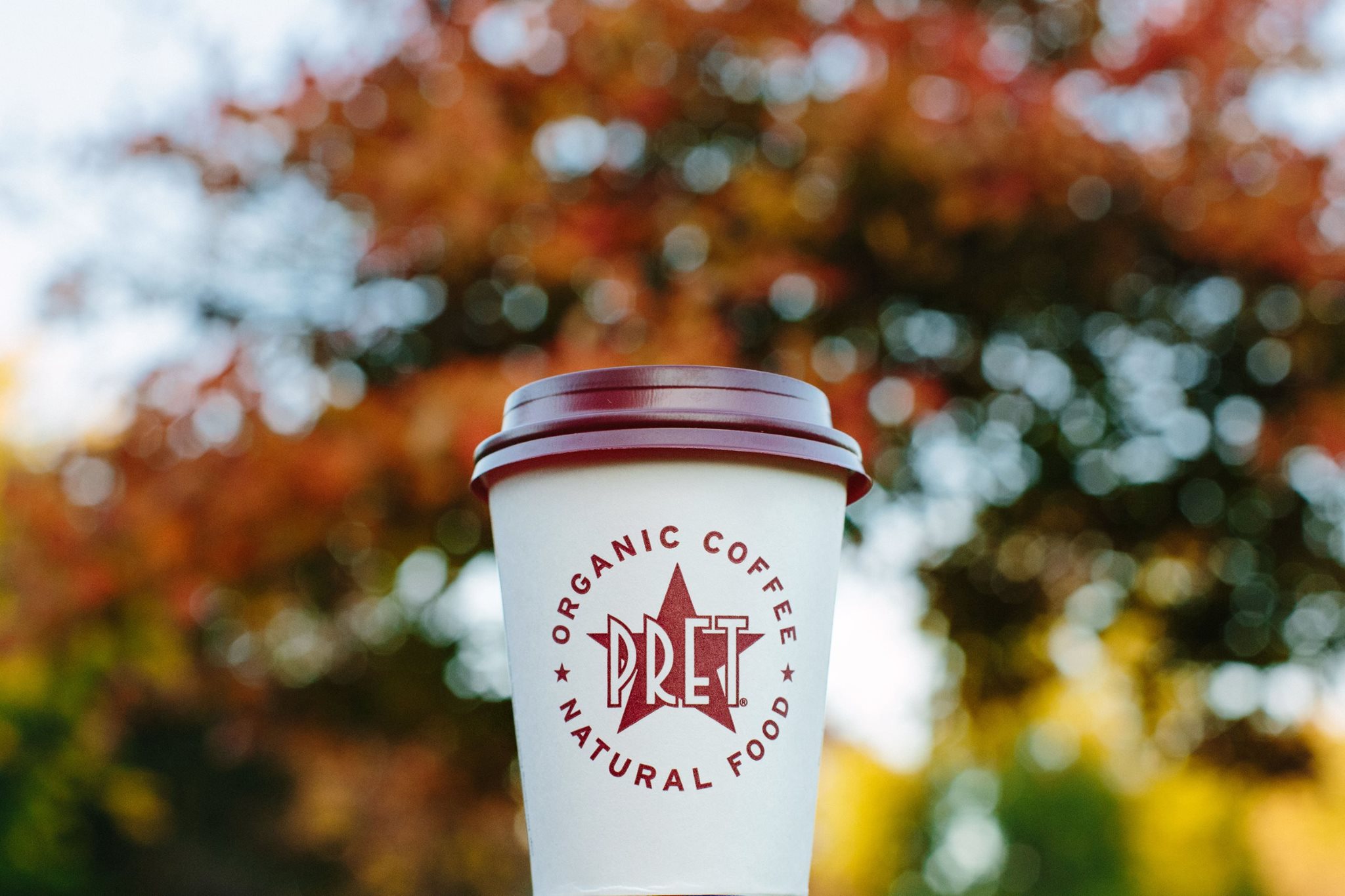 The popular chain, who recently added dedicated Veggie Fridges to select stores is launching it’s Autumnal menu today! On the menu are delicious, hearty dishes, as well as a Pumpkin Spice Flat White – which is suitable for vegans if you request that it’s made with soya or rice-coconut milk (or oat milk in Veggie Pret).

Three hearty plant-based soups are being launched to help combat the colder weather.

They options are: Butternut Squash Dhansak Soup, described as: “Rich with coconut cream and chunks of butternut squash, this dhansak of green lentils, mung beans and yellow split peas is lightly spiced with turmeric, coriander, cumin and a hint of chili.”

Last but by no means least there is a Kale, Lentil & Roasted Spice Soup: “A lightly spiced lentil soup with hints of cumin, coriander and smoked paprika. Simmered with red lentils, curly kale and lemon zest for a hearty vegan soup.”

If you’re after grab-and-go options then you’ll be pleased to hear that two popular vegan Chef’s Specials will return to Pret’s fridges for a month from October 3, following a competitive customer vote on Facebook over the summer.

They sandwiches include: Avo, Olives & Toms Baguette, which Pret says is a ‘perfectly ripe avocado spread onto a stone baked baguette, topped with Kalamata olive tapenade, a sprinkling of toasted pine nuts, fresh basil leaves, succulent roasted tomatoes, and finished with a handful of rocket’.

If you want something a bit more substantial then why not try the Curried Chickpeas with Mango Chutney – a lightly spiced curried chickpeas combined with spring onions, raisins, red peppers and our sweet mango chutney. Finished with a handful of spinach leaves and fresh coriander.