Following on from the success of the launch of their new Veggie Pret stores, Pret A Manager have expanded their vegetarian and vegan offerings in stores across the country by introducing dedicated veggie fridges, and the good news is they’re here to stay until the end of summer! 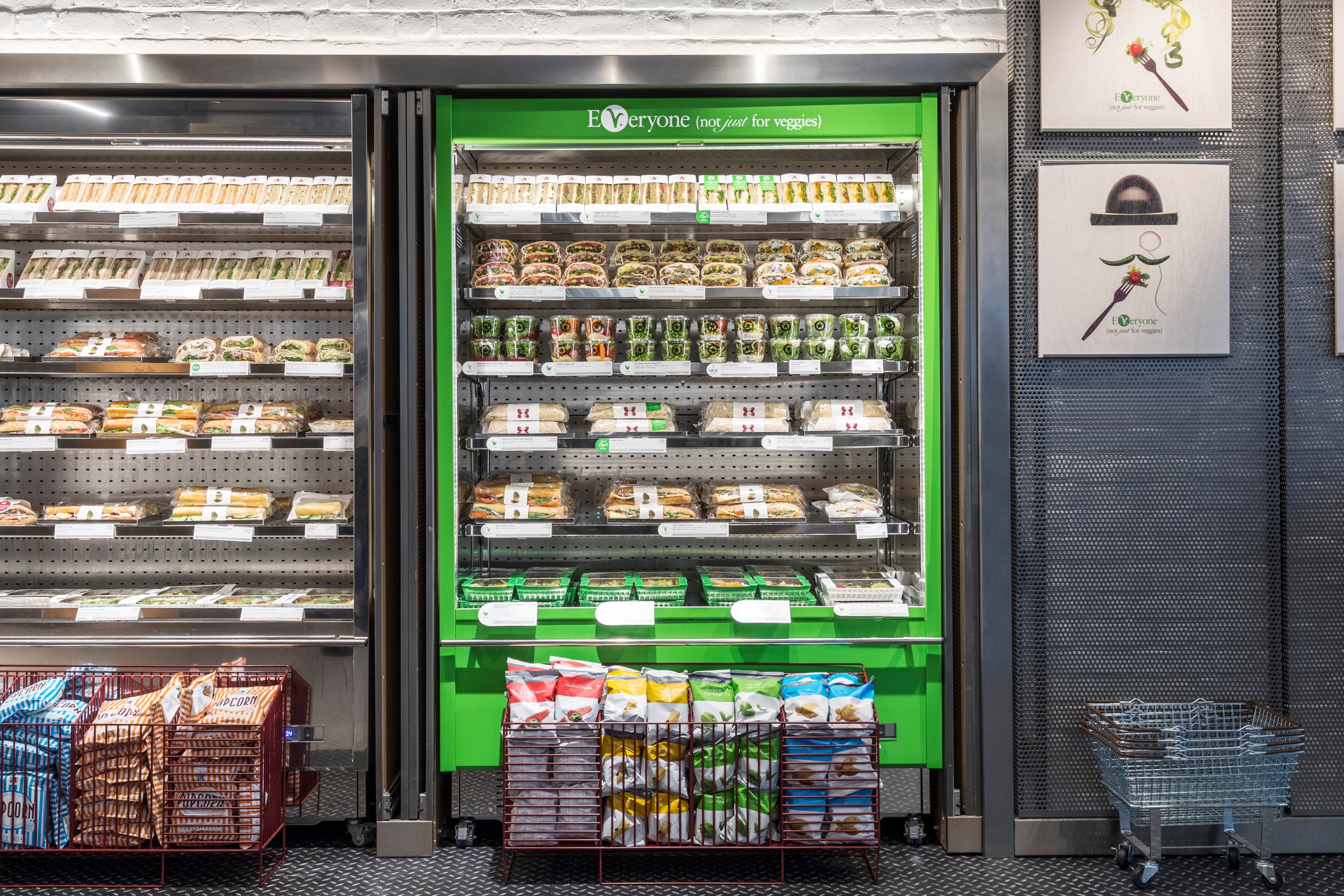 Pret A Manger are pleased to let you know that due to the initial success of their veggie fridge trial, they will be keeping the green fridges in shops until the end of summer!

Veggie fridges prove to be a success

A post on Pret’s Facebook said: “Noticed our green veggie fridges? We’ve been trialling them for a month and they’ve proven to be quite popular… so they’re here to stay for the rest of the summer.”

The fridges, which were initially intended to last for a month, from around mid June – mid July, were placed in stores around the UK to give veggies more options when eating out, as well as encouraging meat-eaters to try the meat-free options.

When the veggie fridges were initially introduced in stores, CEO Clive Schlee took to his blog to discuss the initiative, saying:

“The bold green fridges will be accompanied by monthly veggie and vegan Chef’s Specials and a new campaign which aims to encourage more meat eaters to try our veggie options. This approach does carry some risk and we are treading carefully. I’m curious if our veggie menu will appeal more or less to customers when highlighted in a single fridge. Will it attract or deter our regular meat-eaters? We’ll be monitoring your feedback and the sales very closely. Who knows… Perhaps it will help us find the best location for our next Veggie Pret?”

As these fridges have proved to be a success, we’re keeping out fingers crossed that they will be rolled out in stores across the country at the end of summer.

New addition to the menu

As always, customers are encouraged to provide feedback on the recipes and veggie fridges (good or bad!) in their shop or via Twitter, Facebook or Instagram.