Pre-seasoned jackfruit products have launched in the UK

Tapping into the growing demand for this versatile ingredient, Upton’s Naturals has launched its range of pre-seasoned, heat and serve young jackfruit products to the UK for the first time.

Upton’s Naturals, an independently-owned, ethical vegan company based in the States, has just become the first company to make pre-seasoned, heat-and-serve, natural jackfruit available in Europe.

Recently, Jackfruit has become the go-to ingredient for compassionate cooks. Not only is it super tasty, incredibly versatile, it’s also an excellent source of B-vitamins and a great source of dietary fibre and makes a fabulous substitute for meat in dishes that traditionally contain ingredients such as pulled-pork, crab and tuna.

Tapping into the growing demand for this versatile ingredient, Upton’s Naturals has launched its range of pre-seasoned, heat and serve young jackfruit products to the UK for the first time to make it easier for home cooks to prepare and use this innovative ingredient at home as previously the closest thing to convenience in the category was unseasoned jackfruit in a can.

Products in the lineup include Bar-B-Que, Thai Curry, and an unseasoned Original variety for cooks looking to get creative. 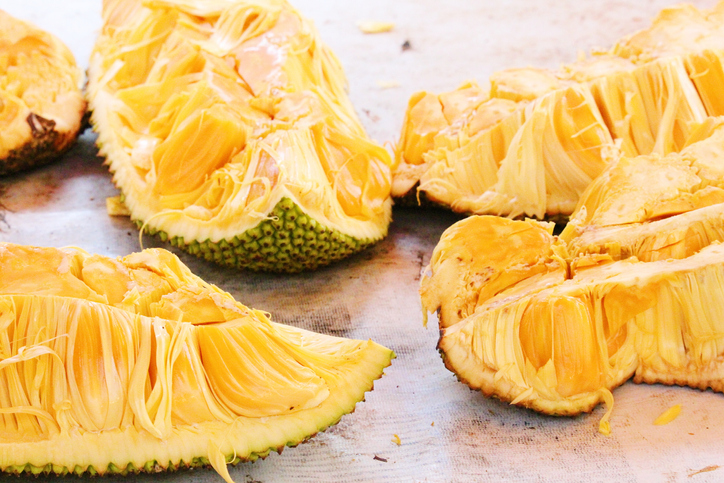 Upton’s Naturals works with a number of family farms in Thailand who have been growing jackfruit for many years to source the jackfruit used it in products.

Founder Dan Staackmann inspired the farmers to sell their unripe jackfruit in addition to the ripe fruit they were used to selling to create extra demand for the farmers, who prior to the arrangement often had unused crops.

In a statement sent to Vegan Food & Living, Staackmann said: “Doing what we believe in is the best part of this business, and to us, success is creating 100% vegan products that can inspire meat-free meals.

“Unripe jackfruit is the source of an incredibly versatile and healthful meat alternative that is relatively foreign to the European market. We’ve made jackfruit easier to enjoy and more accessible to the everyday consumer, and the response from vegans and non-vegans alike has been amazing.”

Upton’s Naturals’ Jackfruit can be found in 300 Sainsbury’s locations and 800 Holland & Barrett stores, at speciality retailers throughout the United Kingdom and Europe and online through Planet Organic.