Portugal has announced a ban on the term 'vegan leather', which means that fashion companies that use plant-based prefixes could face fines and prosecution.

The Portuguese government has lashed out against the vegan textiles industry following its ban on the term ‘vegan leather’.

Companies that use plant-based prefixes such as ‘vegan’, ‘synthetic’, or ‘pineapple’ for their products could face fines and prosecution.

The country claims that using plant-based prefixes with words such as leather can be misleading.

Furthermore, brands from the vegan fashion industry have called out the ‘Leather Decree’, claiming Portugal is protecting its real leather industry against sustainable leather alternatives.

Portugal is home to several leading sustainable leather companies, such as Pangaia and B_Boheme.

In conversation with Vegconomist, B_Boheme Founder, Alicia Lai, said: “We have all heard the terms ‘vegan sausage’, ‘vegan chocolate’ and ‘vegan leather’.

“These terms are not aiming to mislead consumers but to show that there are no animal ingredients in the product, and these terms are very much accepted.”

“The simple truth is that this is nothing to do with consumer transparency and protection, and instead just one more desperate attempt by old, flailing industries to continue their cruel and climactically disastrous practices.” 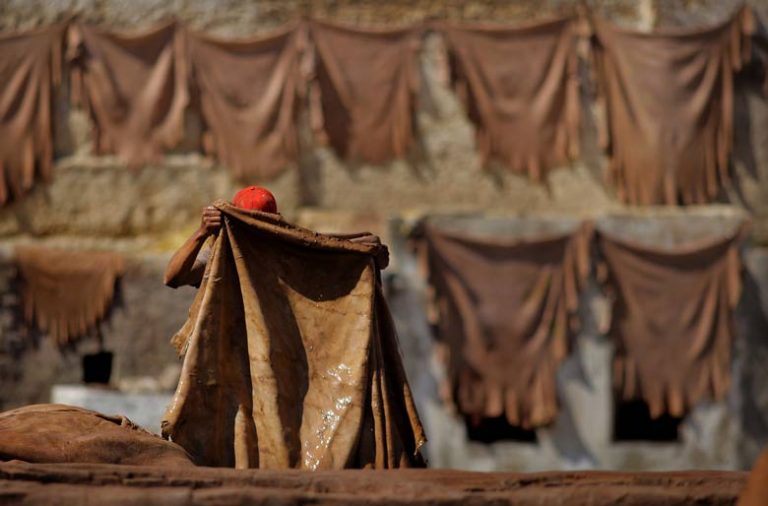 Those in favour of Portugal’s ‘Leather Decree’ have argued that some alt leather materials have a greater impact on the planet due to high plastic content.

While the impact of plastic is an ever-growing concern, the production of real leather imposes a greater threat to both our planet and the workers.

Moreover, these chemicals often pollute local waterways and can cause significant health damages to workers.