Plant Based News have just released their highly-anticipated ‘Vegan 2017’ film!

The brand new film is the third instalment in a series of yearly movies documenting the global journey of veganism throughout the last 12 months.

Vegan 2017 charts the movement’s triumphs – as well as the adversity it has faced as it continues to grow, and has been produced by PBN Founder Klaus Mitchell.

Having carefully tracked every big vegan story over the last 12 months, Mitchell is optimistic about what is happening.

“There has been tremendous progress this year,” he said.

“If you look at what is happening with food technology or the films coming out, many on mainstream platforms, it is clear this movement is on an exciting trajectory.”

He is excited about the new film believing it will resonate with a larger audience than the previous installments, saying: “This one is longer, more professional, and I think more accessible for non-vegans.” 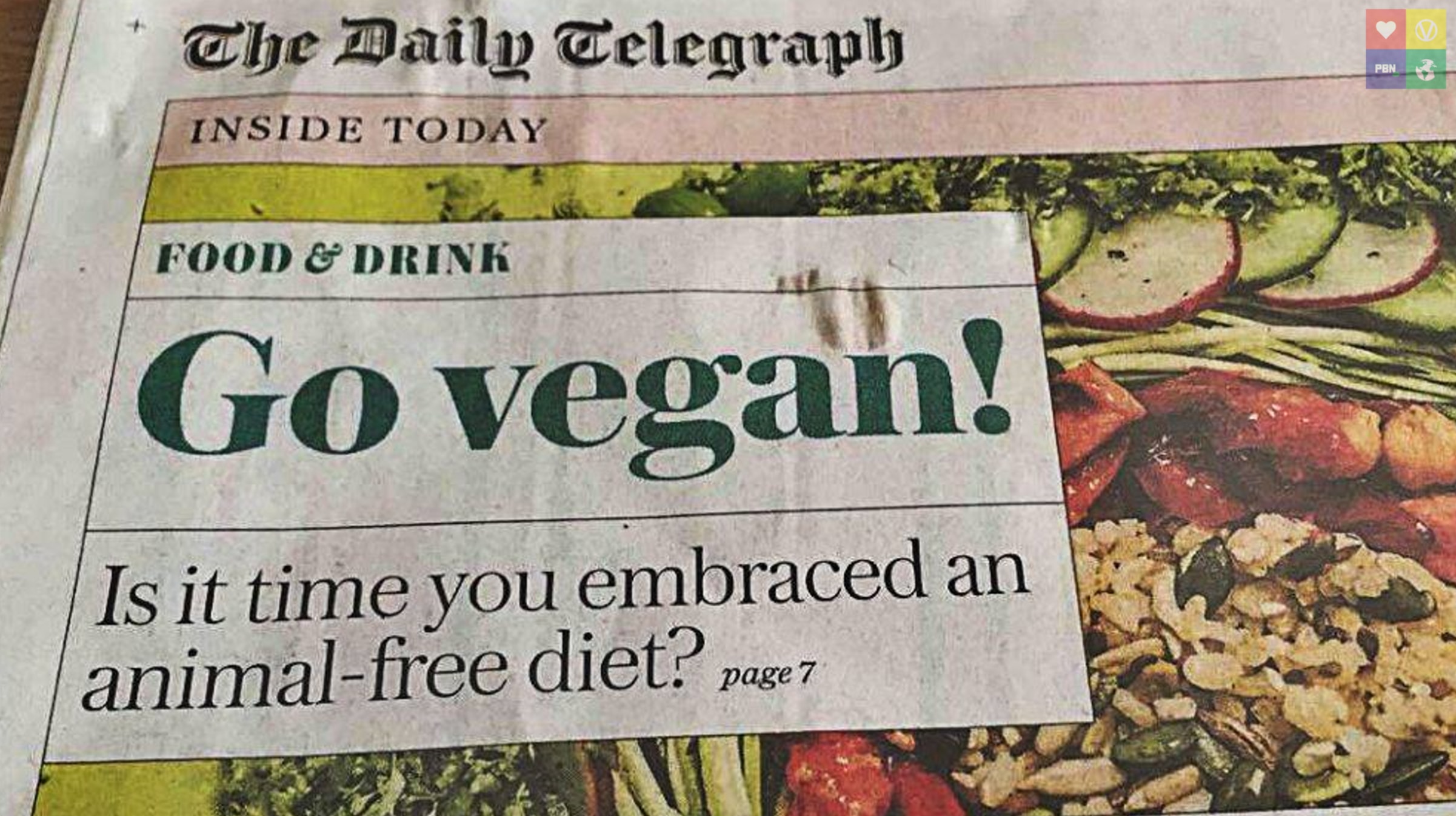 The film explores how veganism has been represented in the media

This is just the begining

According to Mitchell, the series is far from over.

He said: “I’ve really enjoyed making this film. I plan to do it every year for the next 30 years to trace the evolution of the vegan movement.

“It will be fascinating to look back on 2017 and see how much the world has changed in 30 years.”

You can watch the full film on YouTube here