Pizza Hut’s vegan jackfruit pizza is set to become a permanent fixture on the menu after sales of the pizza doubled the target set by the company, and the company has teased that new vegan options are coming soon.. 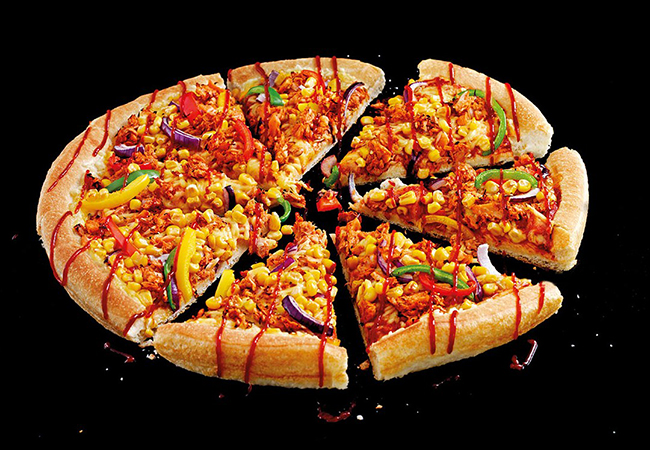 Pizza Hut recently introduced a vegan pizza to its menu in 253 Pizza Hut Restaurants across the UK, and now the Vegan ‘Jack ‘n’ Ch**se’ Pizza is set to become a permanent fixture on the menu after sales of the pizza doubled the target set by the company.

The pizza, which features a tomato base with Violife’s award-winning non-dairy cheese alternative, sweetcorn, red onions, peppers and BBQ Jackfruit with a BBQ drizzle, was launched in celebration of Veganuary and the company has received over 17,700 orders for the pizza to date.

Shortly after news of the new menu item was announced, Pizza Hut UK tweeted: “Want our NEW Vegan Jackfruit Pizza to stay forever? Well, you’re in control! We’ve installed a Vegan-o-meter to track vegan demand. If 10,000 people order a Vegan Pizza, we’ll add it to our menu as a permanent item.”

Not only is the pizza being permanently added to Pizza Hut Restaurants, the company has also teased that it will be adding even more vegan options in the near future.

Celebrating the news on Facebook, the company wrote: “THE TARGET HAS BEEN HIT! So far, a whopping 17,700 of you have taken part in Veganuary with us. SO, not only will our Vegan Jack ‘N’ Ch**se Pizza be back in March as a permanent menu item, we might have a little something extra lined up too..”

To find your nearest Hut check-out the website: https://www.pizzahut.co.uk/restaurants/