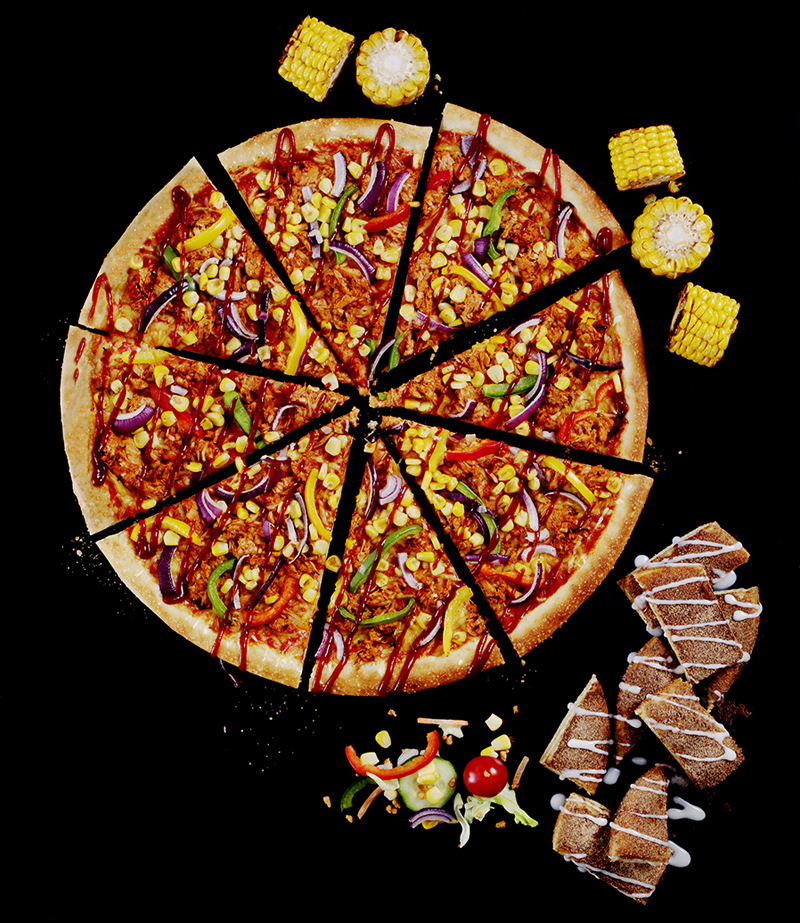 Pizza Hut recently introduced a vegan pizza to its menu in 253 Pizza Hut Restaurants across the UK, which quickly became a permanent fixture on the menu after sales of the pizza doubled the target set by the company.

Following on from the successful launch of the vegan pizza, the high-street restaurant and takeaway have introduced a brand new dedicated vegan menu, including a delicious dessert!

The new menu options include the Vegan ‘Jack ‘n’ Ch**se’ Pizza which was introduced as a trial during Veganuary this year and features a tomato base with Violife’s award-winning non-dairy cheese alternative, sweetcorn, red onions, peppers and BBQ Jackfruit with a BBQ drizzle.

If you’re feeling virtuous then check out the Vegan Virtuous Veg pizza topped with cheese, spinach, mixed peppers, red onions, mushrooms & cherry tomatoes topped with rocket. There’s also a Margherita for those who prefer to keep it simple.

Next up is the Veggie Vegan pizza which is loaded with cheese, spinach, sweetcorn, mixed peppers, red onions and mushrooms. And for those who like it hot, there’s the Vegan Hot ‘N’ Spicy Veg which comes with cheese, peppers, jalapenos, red onions, flame roasted peppers & onions and Hut House seasoning.

Vegans can also pick up a side of baked ‘Jack ‘N’ Rolls‘ rolls filled with sweet chilli, BBQ jackfruit and vegan cheese to accompany their pizza.

To finish off your meal, Pizza Hut is offering up Cinnamon Bites which come covered with cinnamon sugar and drizzled with icing for a delicious sweet treat.

The full menu can be viewed at www.pizzahut.co.uk/restaurants/food/vegan-menu/