Hot on the heels of the launch of its vegan pepperoni pizza in January, pizza takeaway chain Pizza Hut has announced the launch of a brand new menu addition – a vegan stuffed crust pizza.

The Vegan Stuffed Crust pizza features Violife cheese in the crust and is available as an Individual Pizza for a £2.50 add on cost.

According to the company, they have ensured that “the right amount of Violife’s gooey dairy-free cheese is encased in the crust” making it  “the perfect cheese alternative to the nations much loved treat.”

The company reportedly sells an average of 1.6 million stuffed crust pizzas a year since it invented the stuffed crust concept 25 years ago, but this marks the first time the company has offered a vegan version. 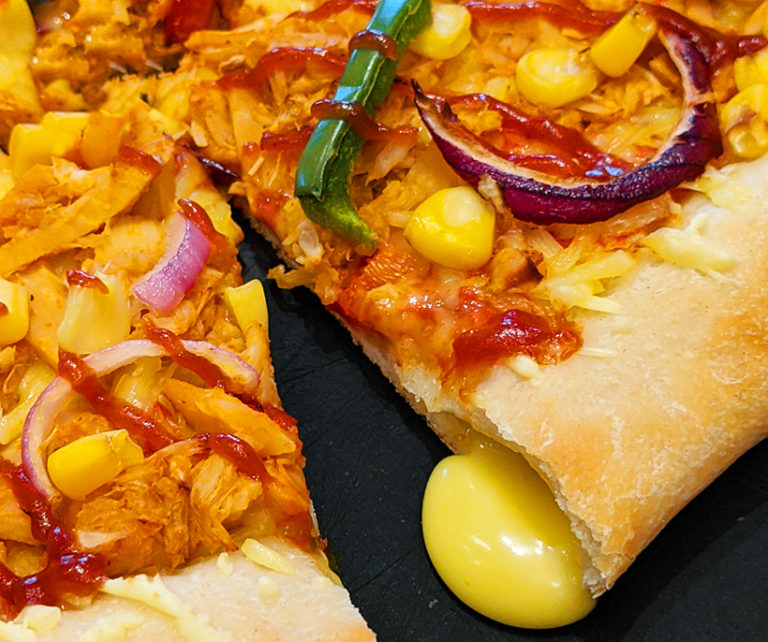 In a statement sent to Vegan Food & Living, Ciara Grace, Senior Menu Innovation Manager at Pizza Hut Restaurants, commented on the launch, said: “We’re always looking into new and exciting ways to develop our menu and cater to as many guests as possible.

Simon Orchard, UK & Ireland Country Manager, added: “The stuffed crust pizza has been a firm favourite for 25 years, and Violife are excited to be partnering with Pizza Hut to make a vegan version a reality.