High-street pizza restaurant Pizza Express will soon be adding a vegan pizza to its retail range to be sold in Waitrose and Tesco supermarkets in the UK. 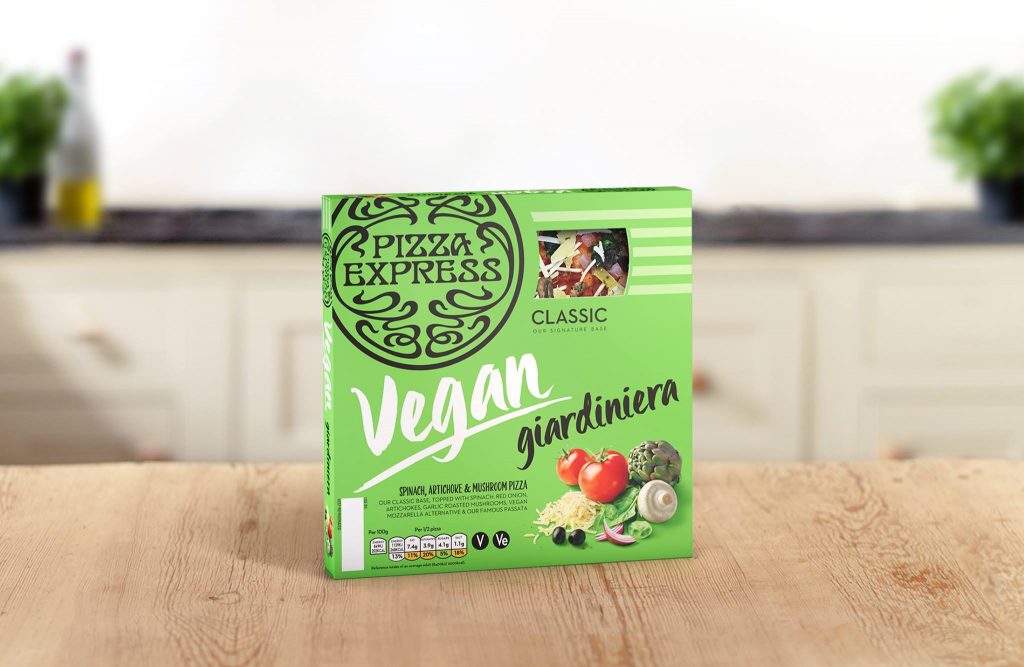 As well as serving up it’s signature pizzas in its many high-street restaurants, Italian restaurant chain Pizza Express offers customers the choice to purchase some of its most popular pizzas in its retail range which is sold in supermarkets across the UK, including Tesco, Sainsbury’s, Waitrose, Morrisons, Ocado and Co-op.

Now, for the first time ever, the brand is bringing its popular Vegan Giardiniera pizza to stores as it gets set to launch in Waitrose later this month (September 12th), and in Tesco from November. Pizza Express has stated that it will confirm further stockists in due course, which will hopefully mean we see the vegan product being offered in all major supermarkets.

The Vegan Giardiniera pizza is topped with a vegan mozzarella alternative that melts perfectly to give a creamy finish to the pizza. It is also topped flavoursome artichokes, asparagus, red onion, garlic oil, black olives and seasoning on a classic dough and passata base. 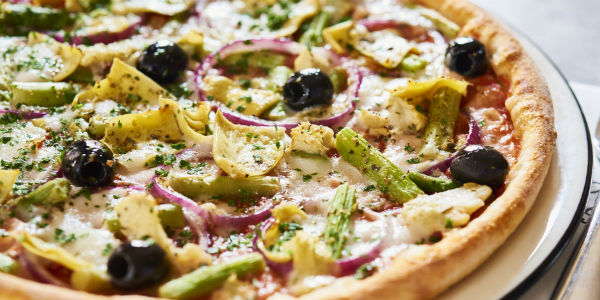 The supermarket has upped its vegan offerings in stores in recent months, becoming the first supermarket in the UK to add a dedicated vegan section in 125 stores nationwide, as well as expanding its plant-based range with the addition of fifty brand new vegetarian and vegan products.

As well as adding the Vegan Giardiniera to its vegan range, Waitrose also recently launched a brand new range of plant-based pizza bases made with more veggies and less flour than a traditional base that count as one of your five a day.

The Vegan Giardiniera will launch in Waitrose from September 12th and Tesco from November.