Pizza Express is releasing a vegan version of its popular House Light Dressing into UK supermarkets as part of its retail range. 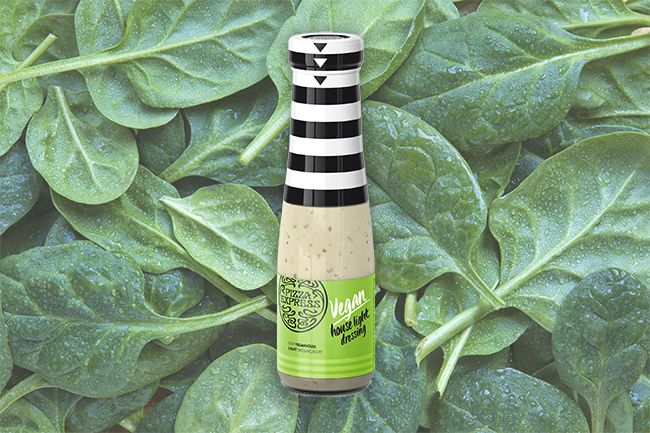 As well as serving up its signature pizzas in its many high-street restaurants, Italian restaurant chain Pizza Express offers customers the choice to purchase some of its most popular pizzas in its retail range which is sold in supermarkets across the UK, including Tesco, Sainsbury’s, Waitrose, Morrisons, Ocado and Co-op.

Not only does the brand offer customers the chance to pick up a pizza to enjoy in the comfort of their own homes, they also offer an extensive selection of dressings to accompany your meal.

Since PizzaExpress didn’t want vegans to miss out, it has adapted the much-loved recipe of its House Light Dressing to offer a flavourful vegan option, which is soon to be added to its retail offering.

The dressing, which can be used as a dip or dressing, is flavoursome, creamy, and full of herbs, and Pizza Express believe it’s so delicious “you don’t need to be vegan to love it.”

In a statement sent to Vegan Food & Living, the company said: “If you’re looking to shake up your summer dishes, the long-awaited vegan version of the famous House Light Dressing is set to become an essential. For light lunches or al fresco dining, you’ll be inspired by the new vegan dressing – which makes for the perfect accompaniment for any meal.”

Last year, for the first time ever, the brand released popular Vegan Giardiniera pizza to UK supermarkets as part of its retail range.

The dressing is will be available in Asda from April, with prices starting at just £1.99 – so form an orderly queue!