Peta replaces every advert at Tube station with vegan posters

PETA has replaced all the adverts in a London Tube station with posters encouraging people to go vegan. 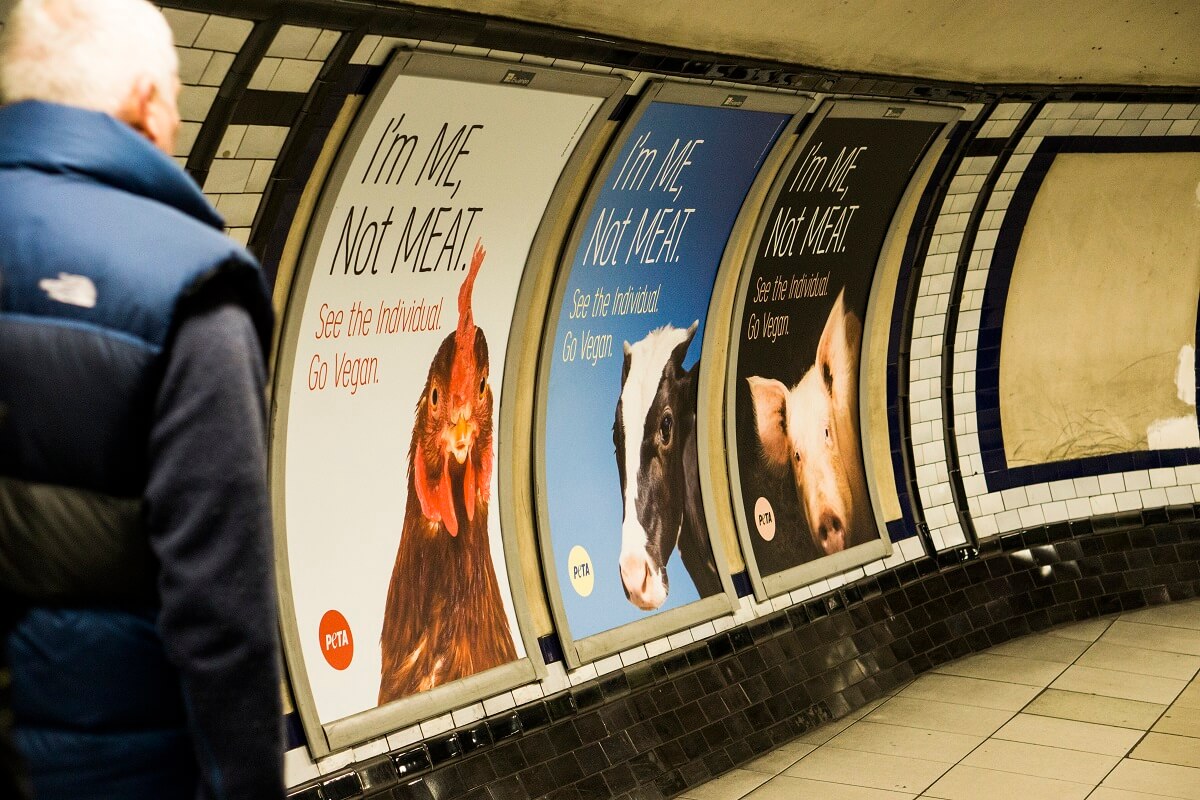 Clapham Common station has been plastered with Peta messages on every billboard, door and turnstile, leaving commuters divided on whether it is inspiring or “vegan propaganda”.

The 60 adverts show pigs, cows and chickens with the slogan: “I’m ME, Not MEAT. 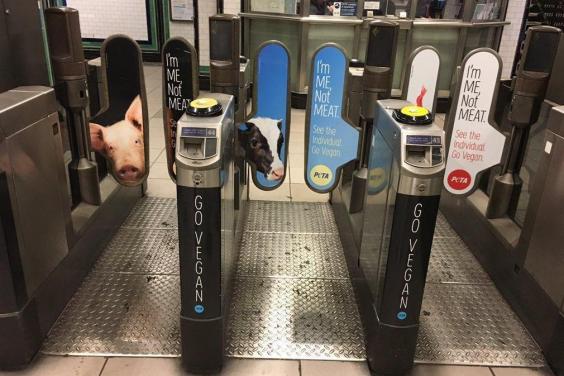 Launching the campaign on New Year’s Day, the group described their action as the “UK’s first vegan Tube station takeover”.

“Cows, chickens, and pigs are no different from human beings when it comes to feeling pain and fear and valuing their lives,” said Peta Director Elisa Allen. 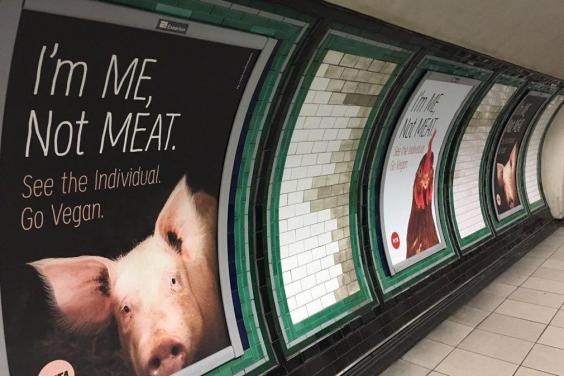 “Peta is encouraging people everywhere to show compassion to animals by skipping meat-based meals and choosing humane and healthy vegan fare instead.”

Commuters have been sharing their photos of the station via social media, helping to raise the profile of this worthy campaign.

At Clapham Common Tube station (UK) …. hope for the year ahead. 😘 pic.twitter.com/TIjXGtDV5i

Joe Foster shared a video of the long line of vegan posters as he travelled up an escalator, writing: “What is Clapham Common tube trying to tell me??