Papa John’s UK is getting in the Veganuary spirit with the launch of four tasty new vegan pizzas topped with a variety of plant-based meat alternatives.

The new pizzas include the Jackfruit Pepperoni which is smothered in a rich vine-ripened tomato sauce and topped with vegan Sheese® with spicy jackfruit “pepperoni” slices. This new addition to the menu offers the perfect alternative to a traditional pepperoni for those looking for a vegan takeaway this Veganuary. 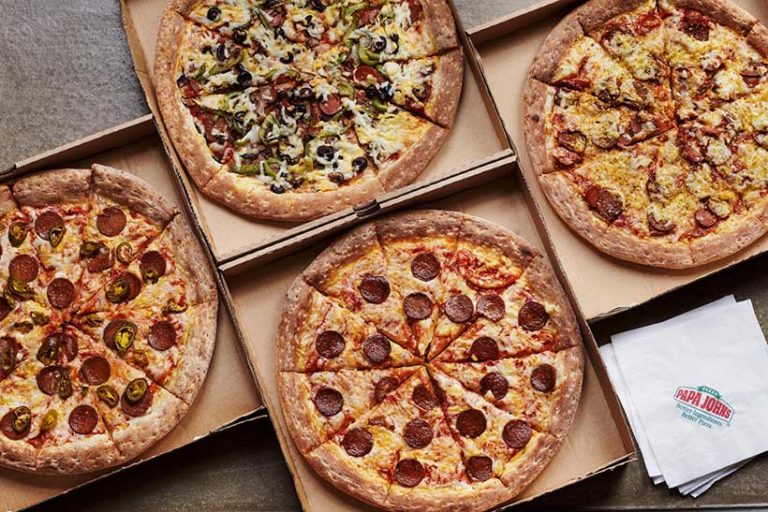 Turn up the heat with the American Hot Jackfruit with vegan Sheese®, spicy jackfruit “pepperoni” slices and jalapeño peppers for an added kick.

For those looking for a meaty pizza without the cruelty, there’s the Vegan Sausage and Pepperoni with Vegan Sheese®, slices of jackfruit “pepperoni”, vegan sausage made from soya and a sprinkle of Italian style seasoning.

As well as a new selection of pizzas, vegans can also choose from a selection of vegan-friendly sides to accompany their meal.

Choose from Crispy coated Cauli Wings with a hot buffalo sauce dip or opt for the Vegan Sheese® Potato Tots. These oven-baked potato tots come topped with vegan cheese or jalapenos for those looking for an extra kick.

As well as introducing new pizza toppings, the company has also released a new pizza base in the form of its Butternut Squash Base which is available with all medium pizzas with gluten-free toppings.

In a statement sent to Vegan Food & Living, Clare Every, the new Chief Vegan Officer at Papa John’s said: “We’re so excited to launch the extended vegan offering at Papa John’s and we’re expecting the new additions to the menu to be a huge hit with pizza lovers across the nation.

“With recipe innovation at the core of the brand, and more people than ever adopting a vegan lifestyle, the latest launches are only just the beginning, with lots more exciting and innovative dishes launching later in the year.”

You can order online at www.papajohns.co.uk and directly via your local Papa John’s restaurant.