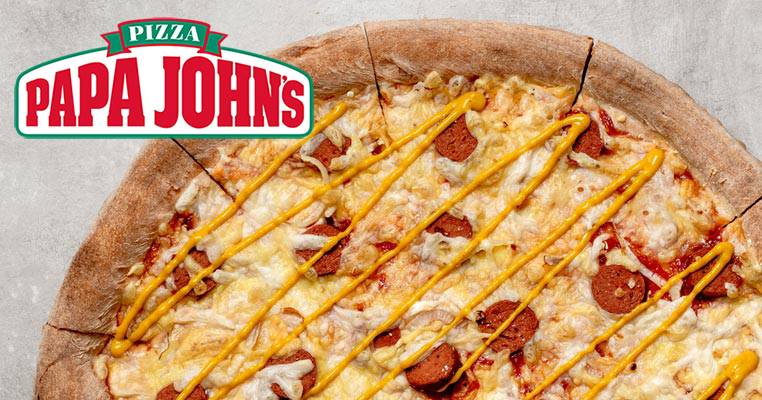 Papa John’s launched its first vegan menu earlier this year featuring three brand new cheesy vegan pizzas and marmite and cheese scrolls. It has since added new additions to the menu including cinnamon scrolls and a hot dog pizza, but has big plans to bring even more new vegan options to its stores.

In order to help the takeaway pizza chain expand its menu with tempting new vegan options, it is looking to recruit a brand new Chief Vegan Officer (CVO) on a part-time 6-month fixed-term basis to help grow its vegan menu in 2020.

According to Papa John’s, the successful candidate will be tasked with developing “hard to resist vegan dishes that’ll be sure to blow the minds of meat-eaters and veggie-lovers alike.”

Perks of the job will include trialling new vegan dishes before their release, including the options such as the brand new Buffalo Cauliflower Wings which will launch on November 1st to coincide with #NationalVeganDay.

The part-time role will require candidates to “be the pizza chain’s eyes and ears of upcoming vegan trends” and be able to assist the Head of Research and Development at Papa John’s with creating new vegan menu options.

The ideal candidate will have the following ingredients:

Extra dough but not essentials include:

In a statement sent to Vegan Food & Living, Papa John’s Marketing Director, Giles Codd, said: “2019 has been a huge year for plant-based food and gone are the days where vegans and veggies are limited to a couple of disappointing side dishes.

“With the launch of several new vegan menu items this year, including vegan Sheese® which flew out the door as soon as it hit the menu, it’s clear that there is a huge appetite for more exciting plant-based offerings. At Papa John’s we want to continue to offer all our customers a wealth of choice and our newly appointed CVO will help guide these menu developments.

“We’re looking for someone who’s extremely passionate about food with a firm knowledge of veganism. If you think you’ve got what it takes, we’d love to hear from you.”

If this sounds like your dream job you can apply by sending your CVs to [email protected] along with a cover letter explaining why you’re the perfect candidate.