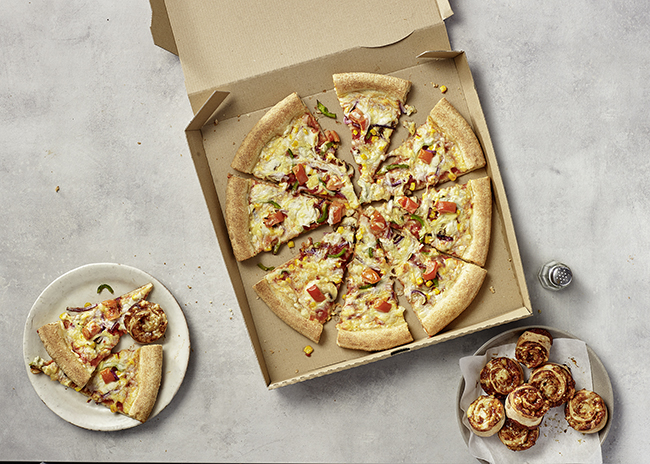 Pizza chain Papa John’s has confirmed it will be adding vegan cheese to its 350 plus outlets in the UK after a successful petition spearheaded by Animal Aid and Vegan Food UK received nearly 30,000 signatures.

Papa John’s will be adding a delicious dairy-free cheese, ‘Sheese’, from award-winning brand, Bute Island to its nationwide menu in the UK.

The tasty cheese alternative will be available on four of Papa John’s menu items, and the company has also announced that it will also be available on new products that will be launched in the future.

Customers can choose from the classic and delicious, ‘Vegan Sheese and Tomato’, the fresh and colourful, ‘Garden Party with Sheese’ and for those looking to turn up the heat, ‘Hot Pepper Passion with Vegan Sheese’.

The company’s popular Marmite and Cheese Scrolls will also be available as a vegan option, ensuring that there is something to satisfy everyone’s taste buds.

Liz Williams, Managing Director at Papa John’s, said: “Papa John’s is committed to delivering BETTER INGREDIENTS, BETTER PIZZA and we’re excited to expand our menu so those with plant-based diets or dietary restrictions can enjoy it too. We worked closely with PETA who helped us develop the recipes and find the best vegan products, so we expect that the new additions will be a huge hit.”

The launch was also praised by Dawn Carr, PETA Director of Vegan Corporate Projects, who said: “We applaud Papa John’s – the first national pizza-delivery chain in the UK to offer dairy-free cheese at all of its locations – for meeting the surging demand for vegan options and giving everyone the chance to enjoy the food they love. This truly is a game changer.”

Major takeaway pizza companies have been slow to offer vegan options to customers compared to high-street restaurant chains like Pizza Express and Zizzi’s, although Pizza Hut recently introduced a vegan pizza to its menu in 253 Pizza Hut Restaurants across the UK. Domino’s has also been trialling vegan cheese in select UK branches.

Vegan pizza will be available nationwide from 28th January 2019. You can order online at www.papajohns.co.uk and directly via your local Papa John’s restaurant.