Longtime animal rights activist Pamela Anderson is taking her dedication to vegan living one step further by opening a restaurant in France, her new home, that will not serve any meat or dairy products. 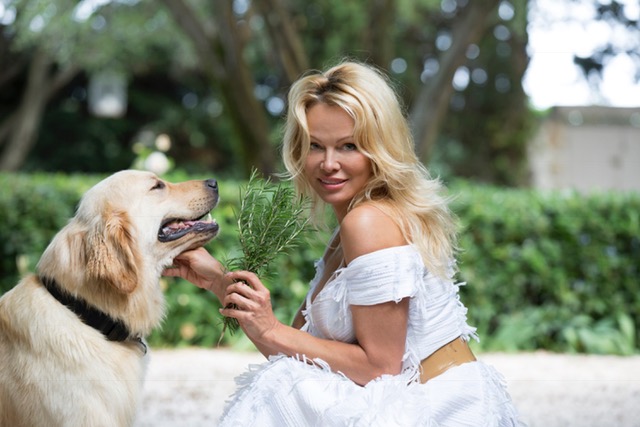 The announcement is buried in a tribute to her boyfriend, WikiLeaks founder Julian Assange, who is trapped inside the Ecuadorian embassy in London. The actress writes:

I am reaching out to Emmanuel Macron, and to his wife Brigitte Trogneux. As a resident of France, my adopted home, I would like to meet with you and discuss Julian’s situation. I am opening a new vegan restaurant in France in July, and I would like to extend my invitation to the new President and his First Lady. Join me on the day I open the doors, and we will sit and eat good food and discuss what can be done for Julian. France could display its strength, and so could you, if you give Julian asylum.

Anderson explains that she has teamed up with with chef Christophe Leroy on this new temporary restaurant in the southwestern commune of Ramatuelle. The restaurant, dubbed La Table du Marché, is part of the country inn called Les Moulins de Ramatuelle, which is owned and operated by Leroy.

Dishes on the menu are set to include a tomato tartare with Goji berries, traditional Provençal “petits farcis” (stuffed vegetables), an asparagus risotto and a vegan burger. The average price of a three-course meal is €80.

According to her website, La Table du Marché will open on July 4 for 50 nights only.