PETA took a special ambassador to a Dunkirk refugee camp: Pamela Anderson, who delivered warm vegan hats and gloves, along with hundreds of animal-themed activity books and coloured pencils, to children who have been forced to flee their home countries. 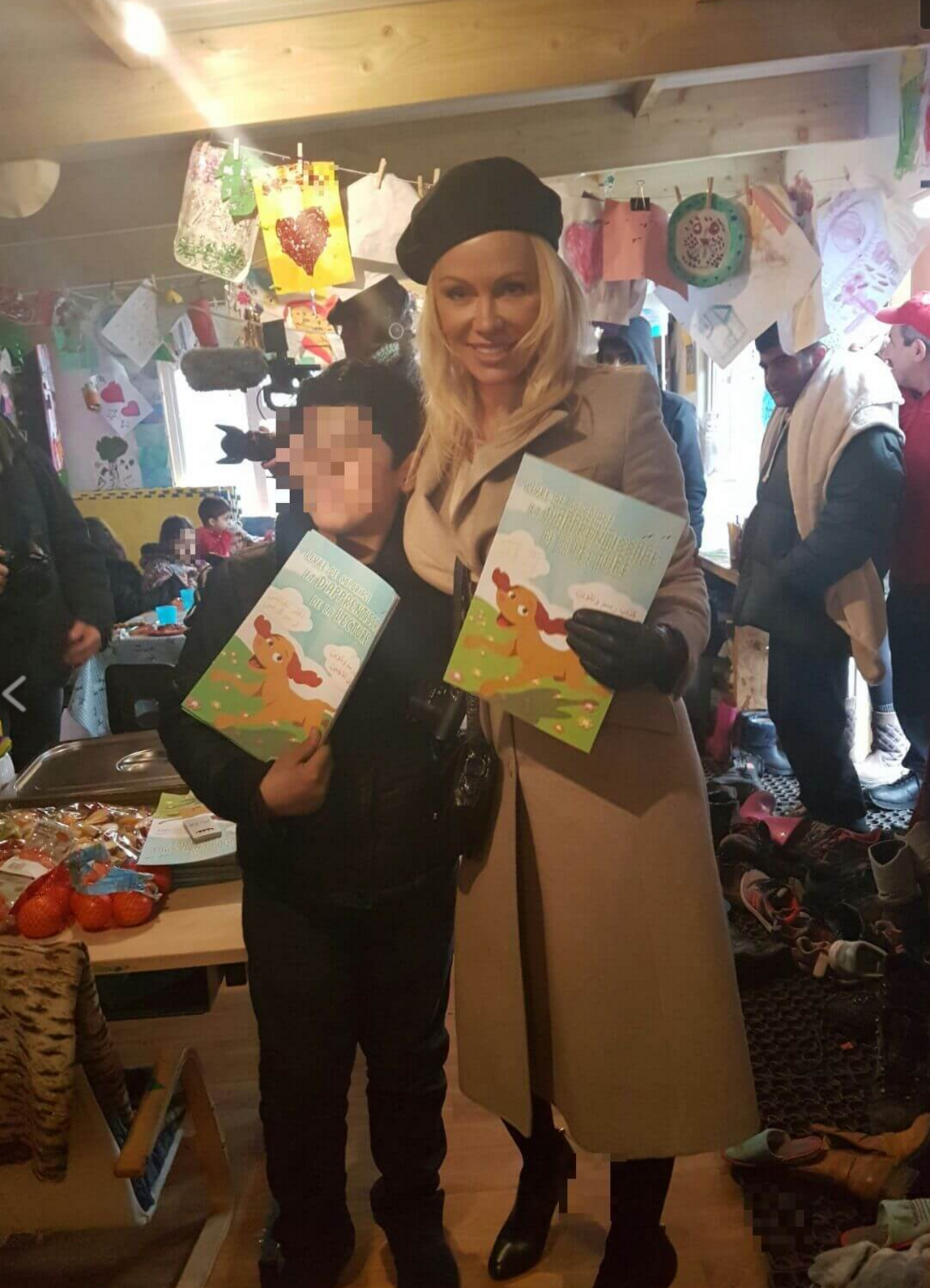 The trilingual educational activity books (in English, Farsi, and Arabic and French, Farsi, and Arabic) are full of child-friendly facts about animals, pictures, quizzes, and other activities, allowing children to improve their language skills as well as their knowledge of other living beings in a fun way. PETA has donated hundreds of the colouring books to refugee day centres across the UK and France and also made them available for free download on its website. 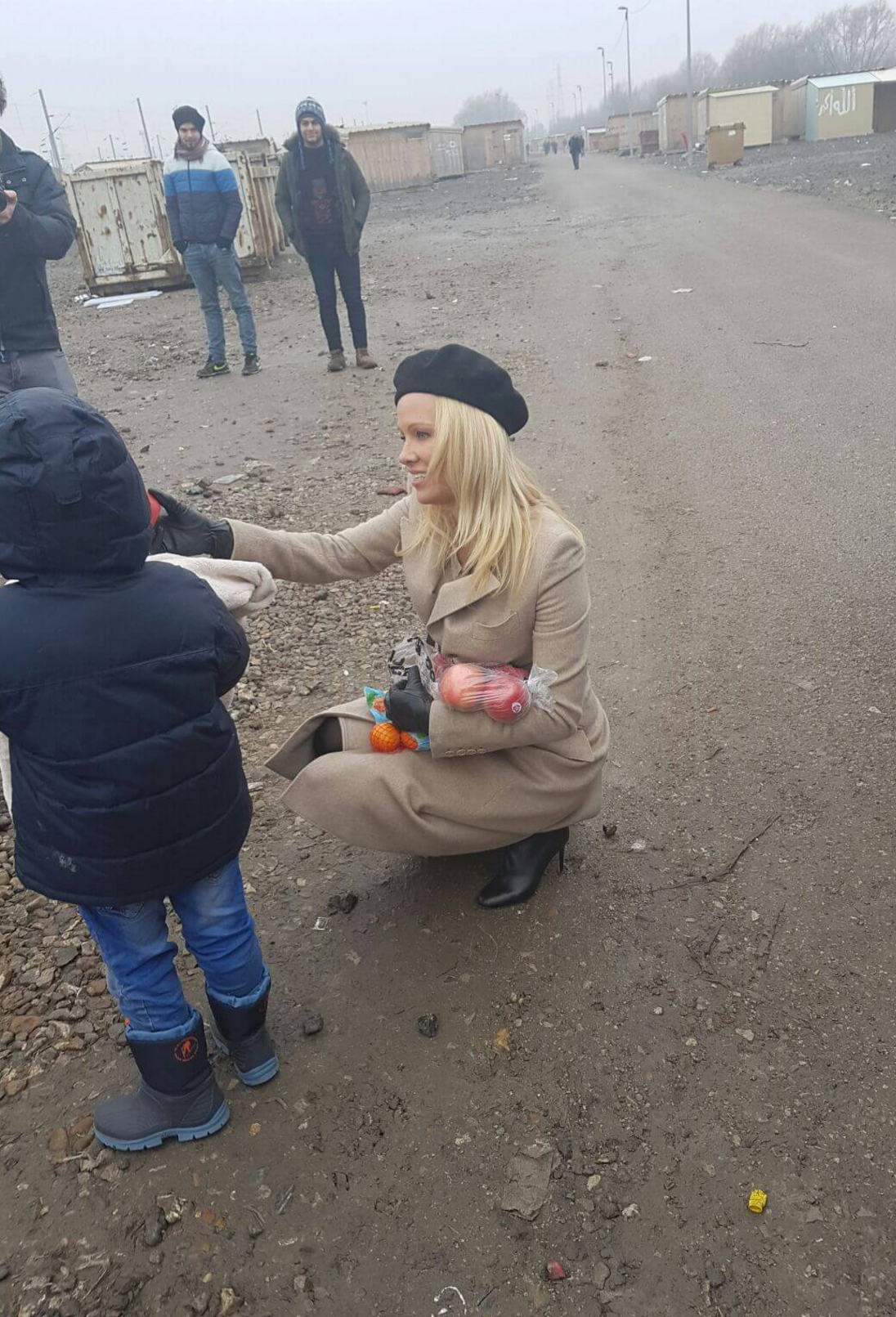 “As a mother and a longtime animal advocate, Pamela Anderson has a huge heart for those in need”, says PETA Director Elisa Allen. “She was eager to deliver vegan knitwear and educational activity books that will provide a little warmth and comfort to these children who have lost so much.” 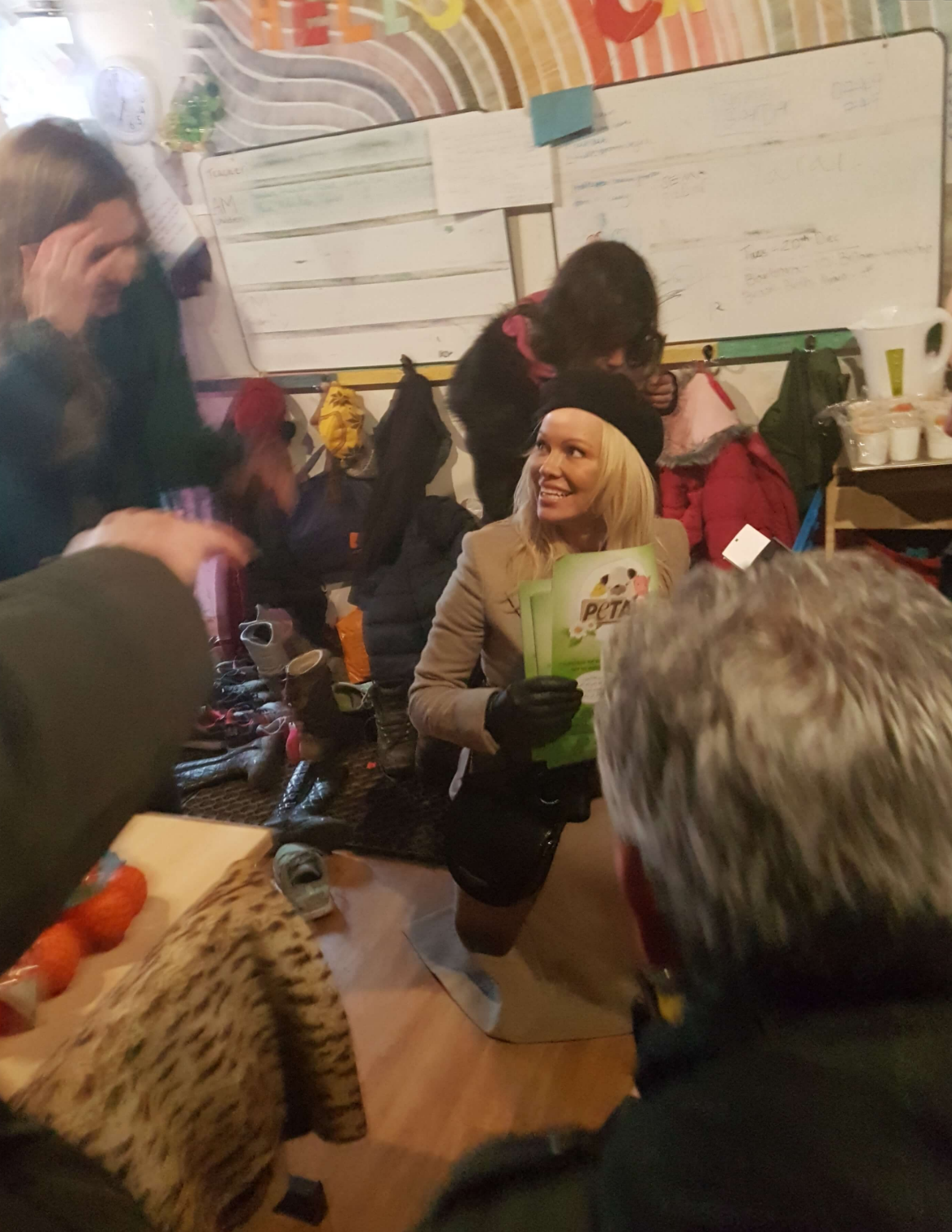 PETA – whose motto reads, in part, that “animals are not ours to abuse in any way” – named Anderson its 2016 Person of the Year for her efforts to encourage vegan eating, for her opposition to circuses that use animals, and for speaking out about fur, among many other actions for animals.