New research from Oxford University reveals that vegan diets are cheaper than other sustainable diets and could cut your food bill by up to one third.

Veganism is often viewed as an expensive lifestyle. However, new research from Oxford University has revealed that whole food vegan diets are the most affordable diet in high-income countries.

In fact, the research suggests that adopting a vegan, vegetarian or flexitarian diet could cut your food bill by up to one third in countries like the US, UK, Australia and across Western Europe.

The Oxford University study, which was published in The Lancet Planetary Health, compared the cost of seven sustainable diets to the current typical diet in 150 countries.

The study did not include processed meat replacements or eating at restaurants or takeaways which typically cost more due to supply-chain issues, higher costs of ingredients and higher costs of production. 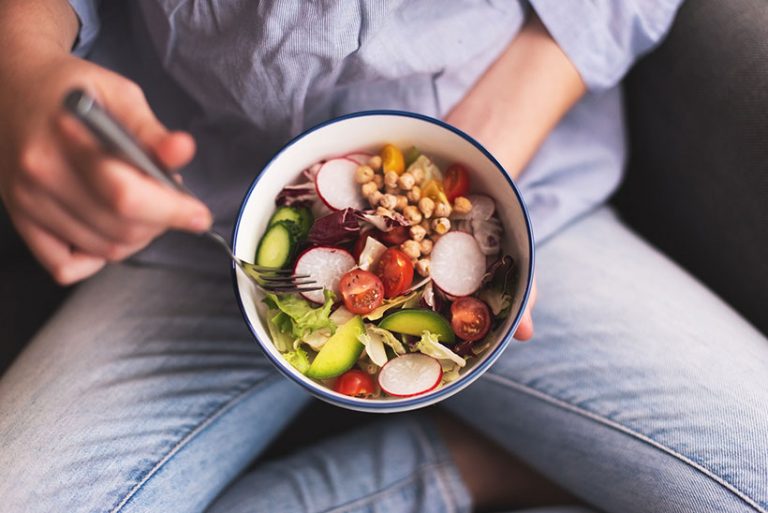 A vegan diet consisting primarily of whole foods is the affordable diet in high-income countries, according to the research.

Encouragingly the study found that in high-income countries vegan diets were the most affordable. By adopting a whole food plant-based diet, you could reduce your food costs by up to one third (21 to 34 per cent).

Coming in at a close second are vegetarian diets, which can reduce your food bill by 27 to 31 per cent.

Interestingly, following a pescatarian diet and consuming fish actually increased costs by up to 2 per cent.

With economists predicting that by 2048 we could see completely fishless oceans, the extra cost of eating fish offers even more incentive for people to opt for fish-free dishes instead.

While many of us are privileged to be able to choose to eat sustainably in the west, for those lower-income countries such as on the Indian subcontinent and in sub-Saharan Africa, sustainable diets don’t offer the same cost-saving benefits.

The research found that in low-income and lower-middle-income countries, healthy and sustainable diets are substantially less costly than western diets but are at least a third more expensive than current diets.

Dr Marco Springmann, researcher on the Oxford Martin Programme on the Future of Food said: “Affording to eat a healthy and sustainable diet is possible everywhere, but requires political will.

“Current low-income diets tend to contain large amounts of starchy foods and not enough of the foods we know are healthy. And the western-style diets, often seen as aspirational, are not only unhealthy, but also vastly unsustainable and unaffordable in low-income countries.”

‘Better for your bank balance’

Dr Springmann believes the findings of the research will “surprise” people.

He said: “When scientists like me advocate for healthy and environmentally-friendly eating it’s often said that we’re sitting in our ivory towers promoting something that is financially out of reach for most people.

“This study shows that it’s quite the opposite. These diets could be better for your bank balance as well as your health and the health of the planet.”

With Veganuary right around the corner, this new research makes going vegan a more enticing prospect than ever before.

Cost is normally a major factor in trying new food, so we hope that these findings will encourage more people to ditch meat and dairy from their diets.

Want to start saving money on your food bill and switch to a cheaper vegan diet?

Here are 31 daily tips that will show you how to go vegan the easy way.