A study in 2018, ‘Fur Trade in the UK’, by the Environment, Food and Rural Affairs Committee (EFRA) found that retailers such as TK Maxx, Amazon, Boots, Boohoo and Tesco were selling real fur products as fake. Some retailers, like Kurt Geiger and Etsy, were doing the same despite advertising no-fur policies.

Now, for the sixth year in a row, the Humane Society International/UK (HSI/UK) is warning shoppers once again to be vigilant as they have found an alarming number of online retailers are misleading consumers into purchasing real fur advertised as faux.

Popular e-retailers including Amazon, eBay, Romwe and Shei are amongst those selling items such as beanie hats with fur pompoms and fluffy slider slippers.

The animal rights campaign group ran tests on a beanie purchased from Amazon UK with a “man-made faux fur” pompom that was confirmed to be real fur.

Other online retailers misleading customers were Just Your Outfit which was selling a £15 diamante “faux fur pom” hat that was even labelled as real fur when it arrived in the post.

Repeat offender Romwe, which was was penalised by the Advertising Standards Agency earlier this year for selling real fur as faux, was even found to be selling a £88 “faux fur hooded coat” made with real fur, which HSI/UK believes to be from a fox or raccoon dog. 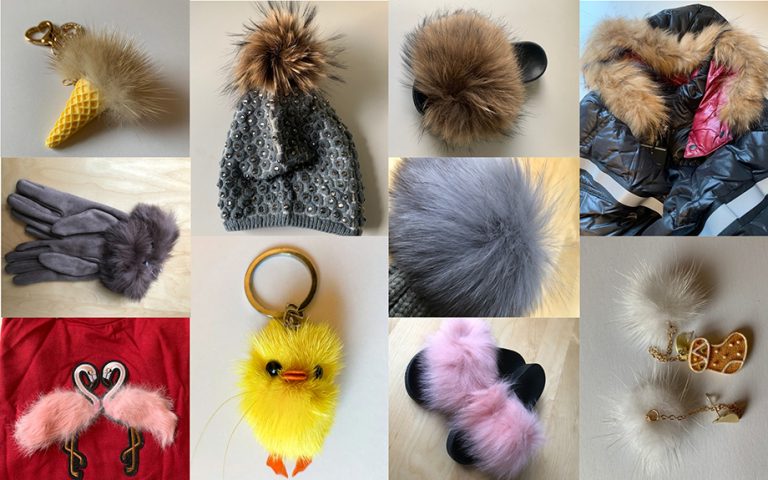 Sharing her concerns in a statement sent to Vegan Food & Living, Claire Bass, executive director of HSI/UK, said that the organisation was perturbed to find that yet again popular websites were found to be selling real fur.

According to Bass, they have found an “alarming number of products described as faux fur which have turned out to be trimmed with real fur from fox, mink, raccoon dog and rabbit.”

As several of the companies including Amazon and Romwe are repeat offenders, the HSI/UK believes that a stronger deterrent is needed to ensure that companies cannot mislead consumers.

While fur farming was banned in the UK in 2000, some animal furs from overseas such as rabbit, chinchilla and fox fur are still legally allowed to be sold in the country

The HSI/UK is now calling on the government to implement a fur sales ban in the UK so that consumers can shop with confidence knowing no animals were harmed for fashion.

Urge the UK government to introduce legislation to make the UK the first country in the world to ban the sale of fur by signing the petition at www.hsi.org/furfreebritain

Is faux fur an eco-friendly choice and how does it measure up to the real thing?

Find out if real fur or faux fur is better for the environment.