Oatly unveils ‘It’s like milk, but made for humans’ campaign in the UK

Oatly has unveiled ‘It’s like milk, but made for humans’ campaign in the UK where it will run in busy London Underground stations. 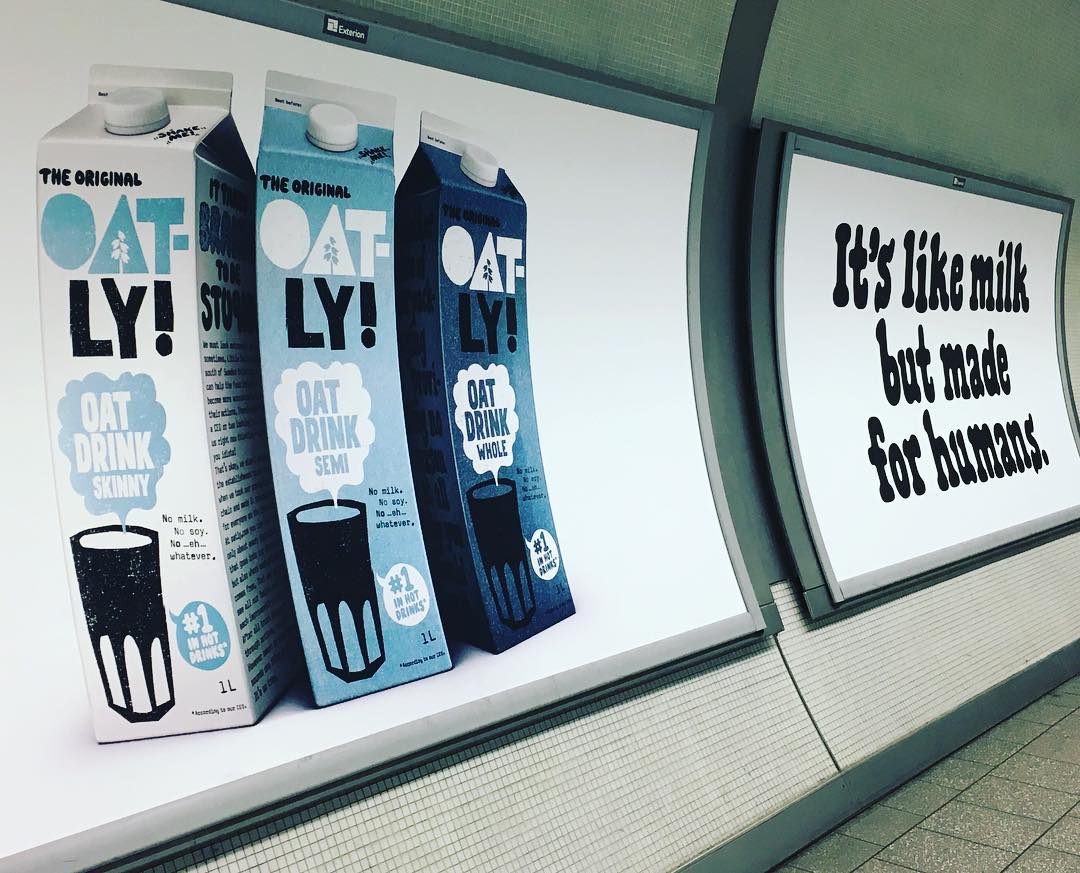 Swedish oat drinks company Oatly has launched its first nationwide UK campaign: ‘It’s like milk, but made for humans’. The creative is based on Oatly’s previous European marketing efforts, which resulted in the brand being sued by Sweden’s dairy industry in 2015.

The marketing launch hopes to convince UK consumers to swap their traditional cow’s milk for a plant-based, oat drink alternative. A couple of decades ago, Oatly had the original idea to create a nutritious alternative to milk without going through the body of a cow. Oatly’s mission is to make it easy for people to eat the healthy food they love, without recklessly taxing the planet’s resources in the process.

This month, Oatly unveiled a brand new range of chilled oat drinks: Oatly Skinny, Semi and Whole. ‘It’s like milk, but made for humans’ describes its new range perfectly, because after all, cow’s milk is actually meant for baby cows. 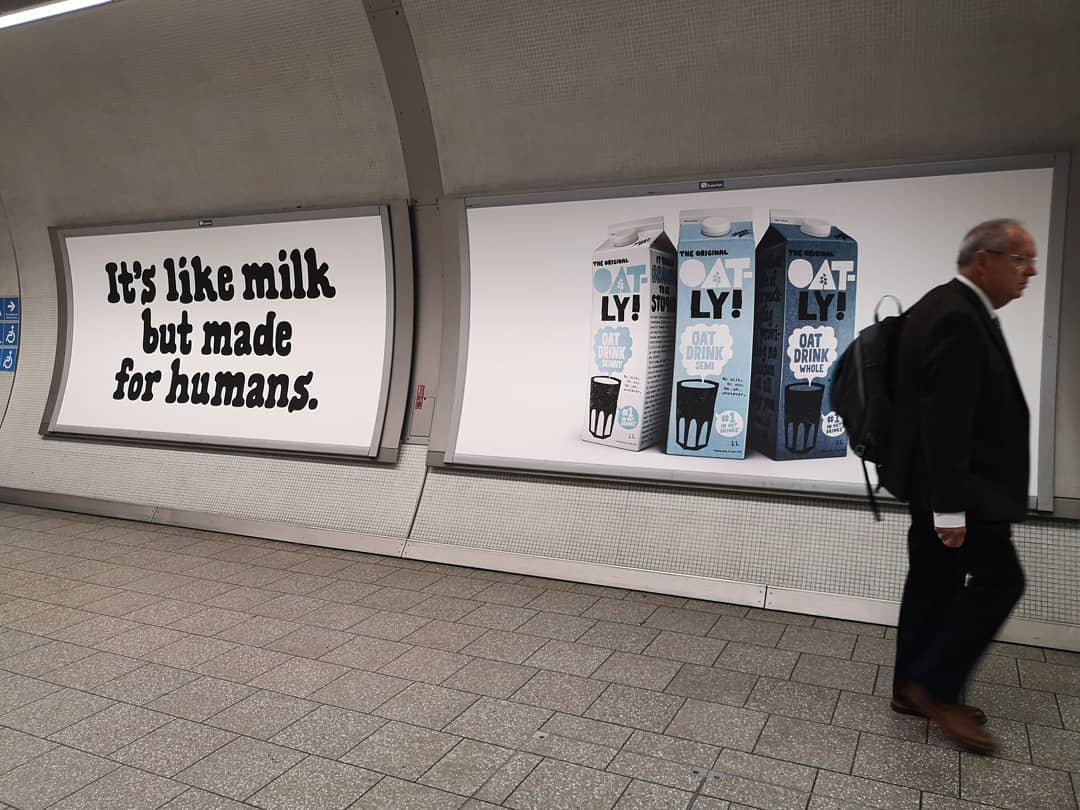 Until now, Oatly has only advertised in East London. The new, £700k campaign will see the campaign running across key London underground stations such as Kings Cross and Oxford Circus, as well as high impact sites in areas including Shoreditch, Peckham and Brixton.

Oatly’s Creative & Strategic Director (International Markets), Michael Lee, commented: “Some consider our messaging to be controversial. We disagree. It’s fact, because our oat drinks actually are made for humans, rather than for baby cows. Although we lost a lawsuit from the Swedish dairy industry in 2015, we still believe in the line, it’s still the truth, which is why you’re seeing it across the UK.”