Oatly shares are now open to the public as its eagerly-awaited IPO goes live today, set to cost $17 per share with a total valuation of $10 billion.

Today’s the day! Oat milk giant Oatly is releasing shares to the public with an estimated total valuation of $10 billion as its IPO launches today.

The initial public offering (IPO) has been in the works for just under a year, and the ambitious target valuation seems to have paid off.

This will be the first time that the public can buy shares in Oatly, and we’re sure that plenty of keen investors are keeping their eyes peeled for the launch.

Oatly will be offering a staggering 65 million shares, estimated to cost between $15-17 per share.

The innovative oat milk company will be using $188 million of the IPO profits to repay a “sustainability linked loan” agreement with European banks, and the rest to fund growth across the globe.

This is a huge success for Oatly and demonstrates the power of plant-based. No longer are vegan alternatives strange products hidden away in health food stores. 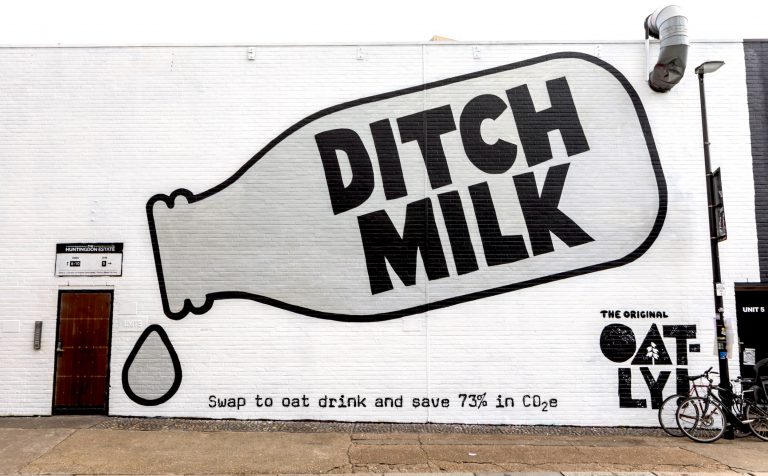 While successful, Oatly’s growth has not been plain sailing by any stretch of the imagination.

Last July, the company came under fire for securing $200 million from investors led by the Blackstone Group, notorious for destroying the Amazon and funding the Trump election campaign.

However, we shared an article in defence of Oatly as unfortunately, we don’t live in a vegan world. If our goal as a consumer is to encourage a sustainable future, it’s important that we support brands that are making it easy for consumers to choose sustainable, vegan products thanks to their wide distribution channels.

Abandoning Oatly, a brand that is committed to promoting plant-based progression would be a step in the wrong direction and may discourage bigger companies from investing in the plant-based sector.

More recently, Oatly was also criticised over its new ‘Help Dad’ campaign, accused of mocking alcoholism. The campaign featured four short clips involving teenagers shaming their parents for drinking cows milk. Critics of the adverts complained that the style of ‘catching out’ parents with cows milk and refusing to buy it for them was synonymous with the struggles of alcoholism.

Conversely, many viewers who had experienced alcoholism either themselves or in a parent dismissed this criticism, claiming they didn’t find the adverts offensive or ‘mocking’ at all.

Regardless of its controversial mishaps, Oatly is set to take over the plant-based milk market, and you could be part of it! Keep an eye out for when the shares go live!

Are you a feminist who drinks dairy?
This is why you need to quit.