Nurishh vegan cheese launched by owners of Babybel and Boursin

Nurishh had a successful soft launch in December 2020 when the company released its vegan camembert at Sainsbury’s.

Nurishh’s plant-based cheeses are coconut oil-based and are now available at UK supermarket Asda and online.

The demand for vegan cheese has grown dramatically in recent years. This demand is the main reason Bel UK launched its first 100% vegan cheese brand, Nurishh.

Additionally, Bel UK owns dairy brands such as Babybel, Boursin, and Laughing Cow. Although this is Bel group’s first vegan venture, its products have been hailed by customers.

In a statement to Vegan Food & Living, Bel UK’s plant-based commercial manager Chloe Feminier shared: “The new additions to the Nurishh range bolster the offering with varied formats, ensuring a delicious plant-based option for every occasion and recipe.”

Interestingly, Bel group’s main brands Babybel and Boursin have both announced they will be launching vegan alternatives of their iconic cheeses in the US.

The brand has announced it is currently developing a full range of vegan cheese slices, blocks and spreads. 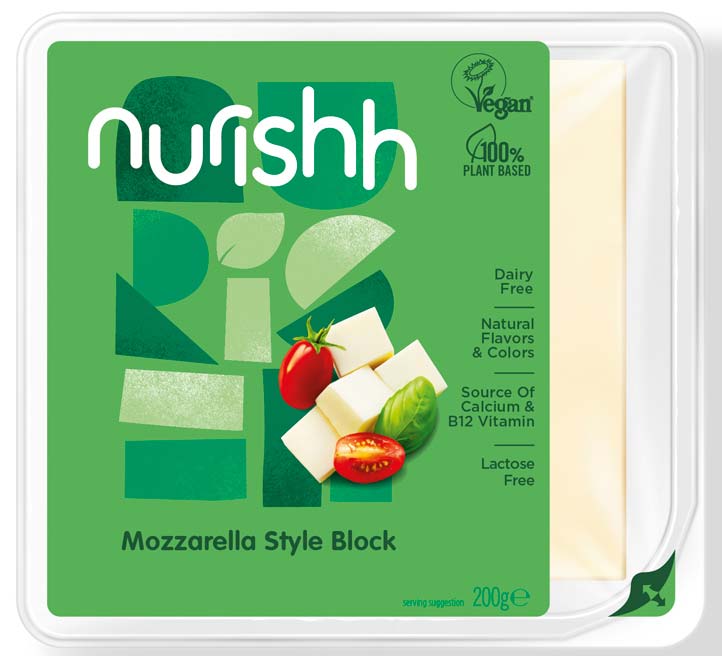 The future of vegan cheese

Over the years, people have become aware of the horrific reality behind dairy products and are opting for a plant-based lifestyle.

Although vegan products have seen radical investment and improvement, vegan cheese is often a no-go for those making the switch.

Do not let this put you off however – the race to create the best vegan cheese is on!

Just last month, food scientists in the US announced they had made ground breaking progress with creating plant-based cheese with textures, and most importantly, tastes that are similar to dairy cheese.

Moreover, Nurishh’s vegan Camembert has also been hailed for its similarity to the real thing, with one commenter revealing: “If anyone ever needed a recommendation my partner who’s a cheese loving Frenchman gave this the thumbs up as being pretty close to the real thing!”

We think Nurishh’s new vegan cheese will be perfect added to a pasta recipe.
Here are 15 of the best vegan pasta recipes to choose from!