It used to run a weekly sausage society and pork pies were a regular feature on the bar. But from next month one of Nottingham’s pubs is to introduce a 100% vegan menu. 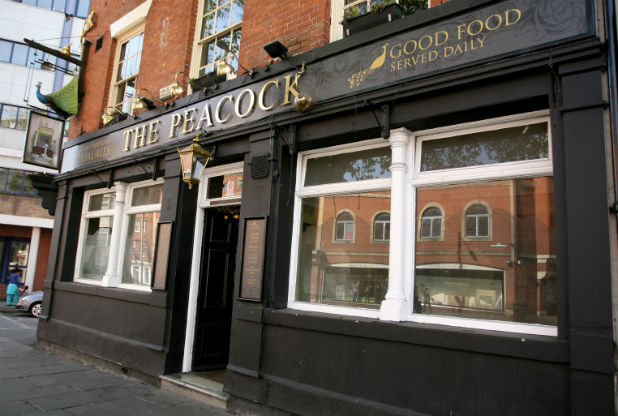 That means no more meat or fish on the menu at the Peacock in Mansfield Road. And dairy such as cheese, butter, milk, cream and eggs will be ditched in favour of vegan-friendly alternatives. The new menu will be available from September 5 following a two-week refurbishment of the Victorian pub, sprucing it up inside and out.

Customers have been asked for suggestions and so far have come up with scores of ideas such as vegan cheesecake, macaroni cheese, mushroom burgers, Thai tofu curry, mock duck spring rolls and chocolate fudge cake.

While vegans have welcomed the news in droves, not everyone is happy. James Fletcher said: “I used to love coming in but might have to bid farewell if it’s exclusively vegan. I don’t have a problem with vegan stuff but I’m not about to stop eating meat any time in the future. Tastes too good and it’s my choice to eat it.” 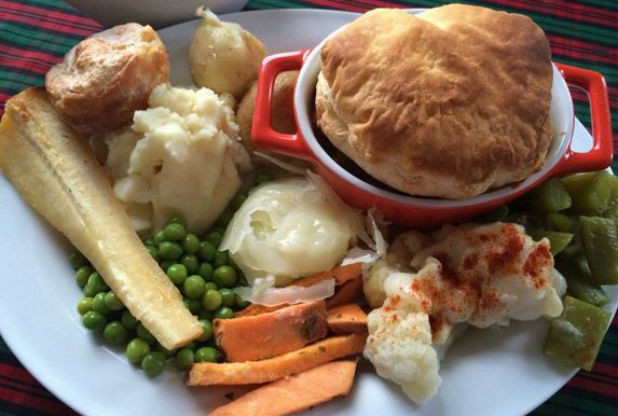 Vegan ‘steak’ and ale pie at the Peacock.

A healthy choice of vegan options were already being served alongside meat dishes before the Peacock closed down for the revamp, including Sunday lunch and spinach, mushroom and vegan cream cheese tart with rosemary potatoes. One of the most popular was a vegan take on fish and chips, using tofu with kelp in breadcrumbs.

Landlord of 17 years, Michael Scholes said he had made the brave move because he had vegan friends and it was a growing trend.

“Vegan food has come on leaps and bounds. I eat it a lot with friends. I don’t feel we’re excluding anyone. I am thrilled with the response. I thought am I doing the right thing? But this has made me a lot more confident.”