A Norwich bakery is making all of its cakes vegan – including its cinnamon buns!

An artisan bakery in Norwich that takes bread and cakes very seriously, is committing to making its entire range of cakes vegan this year. 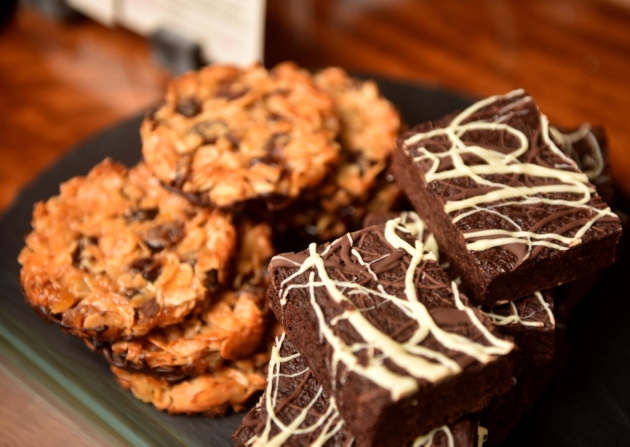 The people of Norwich have fallen in love with the organic, natural bread at Timberhill Bakery, which is run by Mike Sweetman and his partner Natalie.

But now the pair are turning their attention to serving the city’s thriving vegan community by ditching dairy and eggs and making their entire range of baked goods suitable for vegans.

Natalie has been a vegan for five years, and their relationship with cakes has completely changed during that time. “I started making a vegan brownie for us to eat at home. I made it for Natalie originally because she couldn’t find anything nice enough. When we moved here we started selling it in the shop and it’s our bestseller. We only make vegan products where we think there’s no compromise on flavour and texture. We’ve been slowly converting our products to vegan, but so they appeal to the whole market.

“We have lots of customers who prefer dairy-free who aren’t vegan. They’re trying to cut their cholesterol or lactose. It all overlaps with our commitment to natural food and organic farming – and making vegan cakes means we can take more home and eat them ourselves too!”

Mike and Natalie make their own vegan butter on site to a secret recipe. Although the main ingredient used is raw extra virgin coconut oil, they say the final product only has an undertone of coconut, which is offset by the other ingredients. As well as using the butter in baked goods, the couple are also serving the butter as a spread in the Timberhill café too, with their vegan scones and toast. 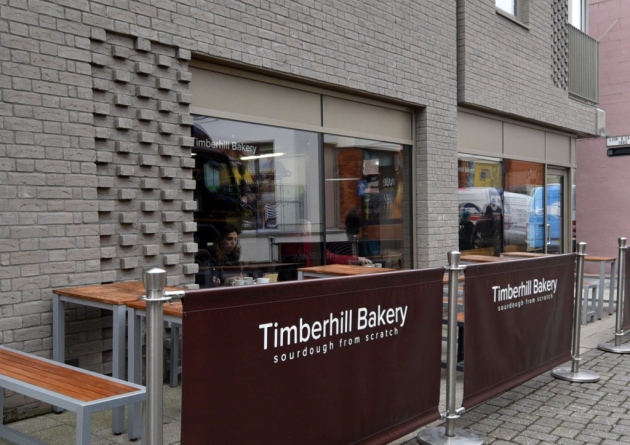 There is a huge range of mouth-watering vegan bakes available in the bakery, including vegan Florentines, brownies, apricot and toasted pecan muffins and bramley and ginger cake. The lemon and raspberry cake and carrot cake are next on the list to be transformed from dairy-free to entirely vegan, followed by the dark chocolate orange cake.

And the latest development, launching soon, is vegan cinnamon rolls, made with sourdough culture. “There are other people making them,” explains Mike, “but I think ours are going to be pretty special. We’re quite excited about those!”

Speaking about the decision to turn the bakery vegan, Mike said: “When we came here we had a clear idea of what kind of bakery we wanted to run. It had to be ethical, which includes vegan. And organic was a big feature for us. Generally we wanted to do something very natural with high-quality ingredients. 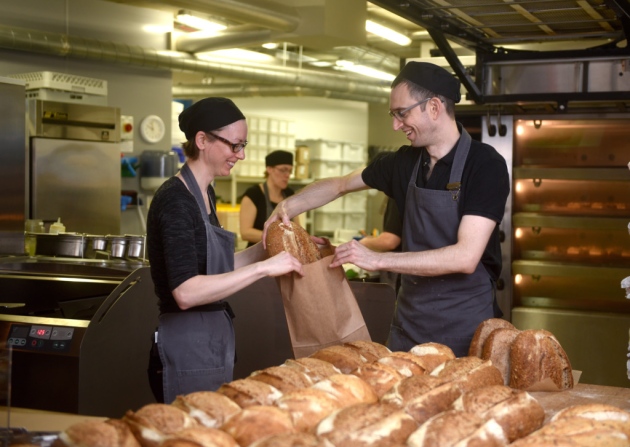 All bread at Timberhill is 100% organic, from the flour to the oil, seeds and nuts. And they only make sourdough, raised with a natural, wild form of yeast they’ve grown themselves and brought from Wales.

“You have to nurture it, and give it a hug now and again. It has magical properties. It’s the way bread was made thousands of years ago, and it’s highly digestible, with a naturally lower gluten content.”