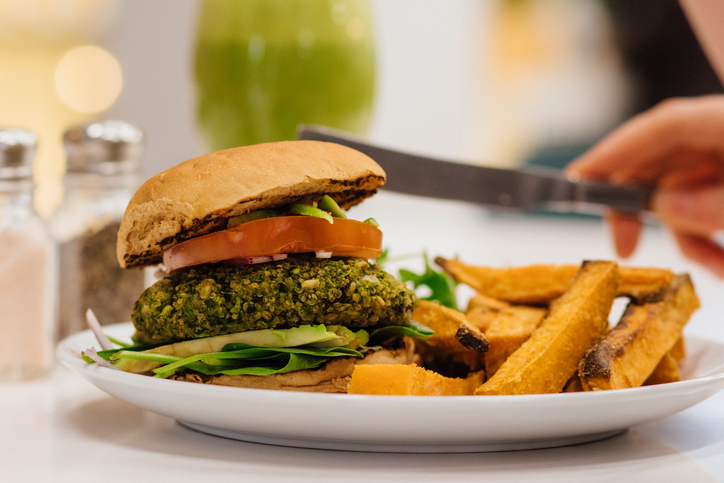 Alastair Norwell, a vegan for three years, is behind the project, inspired by the lack of restaurant options outside the likes of Cambridge and London, and the need for somewhere for the over-35s to sit, drink and chat. The venue, which could open in the late summer, once planning and licensing applications have been dealt with, will be called When Polly Met Fergie – inspired by the names of Alastair’s dogs.

“I trained as a chef and have a passion for food, but as a vegan it is nigh on impossible to eat out anywhere outside of London, or one or two places in Cambridge. “The number of vegans has grown by around 50 per cent in recent years and I have been looking for a quite a while to do something like this but have been quite particular about the venue – and this place just suits our needs perfectly.”

Alastair said he was still working on what would be on offer but planned to serve breakfast – coffee, pastries, granola and eggs Benedict – without the eggs of course – featuring on the menu. Lunch and dinner would include vegan burgers, pasta with a number of sauces, and salads.

The restaurant will seat 30+ and the bar around 40.

In the meantime, there’s plenty of places to find delicious vegan food in Peterborough, like the Argo Lounge, Handmade Burger Co. or even the Cosy Club.