A brand new vegan documentary focusing on the obesity epidemic and exploring common misconceptions of weight loss and ‘trendy’ diets such as Paleo and Atkins is set to be released this summer. 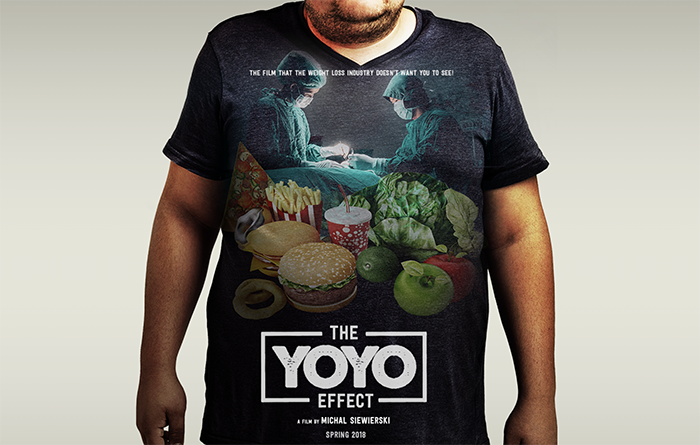 The Yoyo Effect will focus on the worldwide obesity epidemic, as well as exploring common misconceptions of weight loss and trendy diets such as Paleo and Atkins, and is being billed as ‘the film the weight loss industry doesn’t want you to see’.

From science-based evidence to new disruptive ideas, Siewierski aims to provide viewers with long-term sustainable weight-loss strategies to improve their health. The film will feature information from experts on nutrition such as Dr. Michael Greger and Dr. Neal Barnard.

“[My goal is to] empower the viewer with information that can set them on a long-term healthy weight loss path through lifestyle change,” Siewierski told VegNews, “instead of the typical short-term ‘yoyo diets.’”

The film will promote a whole-foods, plant-based diet and follow Siewierski’s personal experience with weight loss.

Whilst the documentary will advocate a plant-based diet as a solution, Siewierski told Plant Based News that his new project will also explore the downsides of vegan junk food.

“There is a message for both the non-vegan and vegan crowds,” Siewierski said, “as obesity is also becoming common among vegans that focus their diets on processed and high-calorie density foods.”

“I believe that a whole food plant-based diet is at the core of what is needed to achieve healthy sustainable weight loss and improved health, ” he said.

“But the film goes a step further and also tackles several misconceptions that are often seen in the plant-based world. With the increase of processed vegan food options, we are seeing a growing number of vegans having a hard time losing weight.

“I believe we should strive to align our ethical and environmental goals with our health goals, only then we can really yield and enjoy all the benefits of this wonderful lifestyle and help inspire others along the way.”