Stan Kroenke, who is best-known as Arenal Football Club’s majority shareholder, has come under scrutiny after launching a new UK television channel in the UK which is dedicated to showcasing the bloodsport of wild animals, including protected species such as lions and elephants. 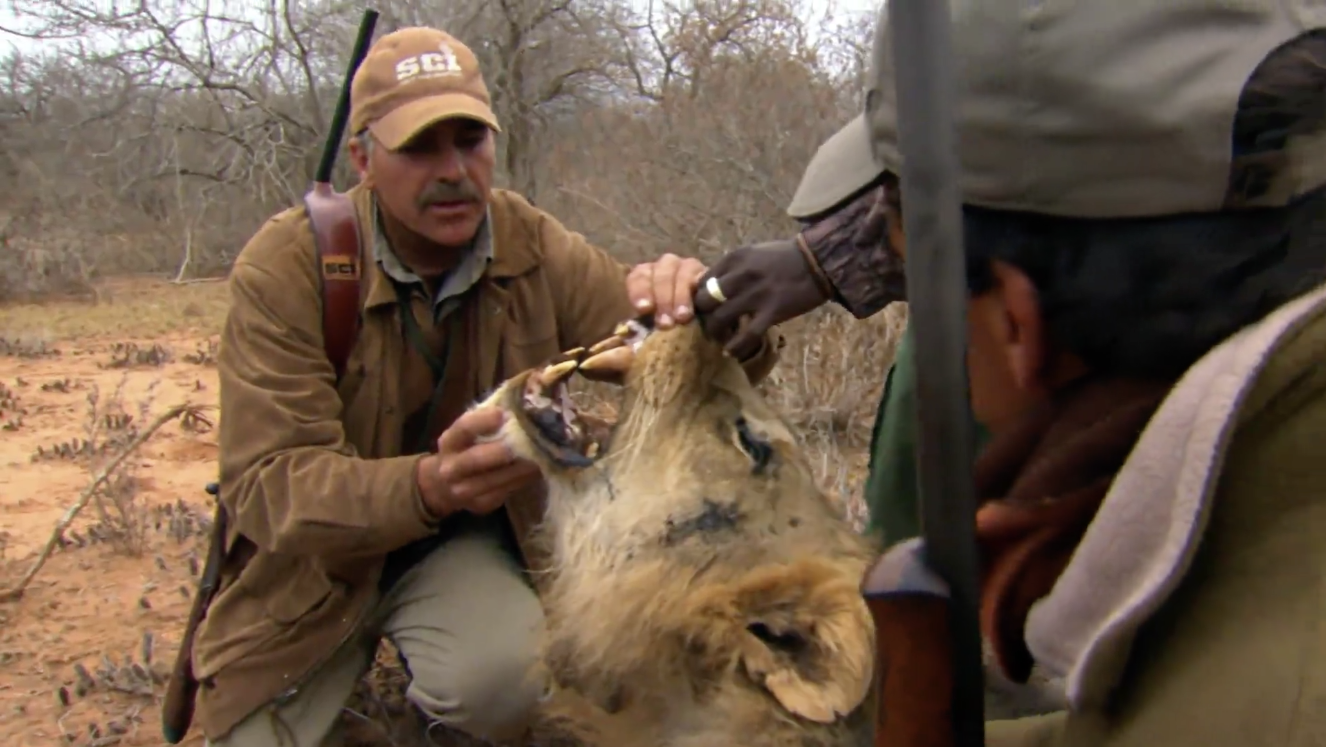 The new channel,  ‘My Outdoor TV’, is being called the “Netflix of the hunting world” as it is set to include a variety of shows following trophy hunters killing animals for ‘sport’ across the globe, primarily in Africa where big-money hunting trips are available.

My Outdoor TV has been available to viewers in the US since 2016, where for $9.99 per month subscribers can tune in to watch “Big-Money” “Big-Game” hunting trips where animals such as elephants and lions are savagely killed for souvenirs.

In one programme to be shown on the channel, a presenter is shown shooting a critically endangered African elephant before the bull turns and charges at him.

“There’s no other feeling in the world quite like walking up on your bull elephant” said the show’s hunters after shooting dead the helpless elephant.

Another show that will be shown on the channel focuses on professional hunter Jana Waller as she takes part in brutally killing a South African hartebeest with an arrow. In a sick display, Jana is seen holding up the “beautiful heart shaped horns” after waiting for the animal to bleed out on the ground.

‘Most people won’t agree that trophy hunting is in any way ethical’ and has condemned the launch of the channel entirely, warning the group to ‘tread carefully. We’re living in a world now where most people can see how brutal and shameful trophy-hunting is, yet the Arsenal boss is choosing to launch his sick TV channel in the UK.”

My Outdoor TV spokesman Simon Barr told The Independent: “MOTV will present ethical, fair chase hunting and as long as it’s legal it will be on there. If you like hunting elephants, there will be legal elephant hunts, ethical elephant hunts, shown in that context.”

In light of this launch, a PETA spokesman has made the following statement: ‘Unlike footballers, who spend years mastering their sport, there’s no skill required to kill an animal who’s simply trying to survive: it involves only the movement of a finger. Except for those dead in heart and head, everyone understands that lions, elephants, deer, and other animals are feeling individuals, not simply bodies waiting for their heads to be shot off and displayed on a wall.”

Blood sports can never be ethical

Many of the presenters that take part in the hunting shows describe themselves as “conservationists”, despite the brutal and graphic methods of killing the animals. In fact, supporters of hunting actually claim that the big-money hunts are sometimes the only way of generating the funds that help protect species from extinction, though critics have described the early viewings as “sickening”.

“I’m sure people won’t like all the content on MOTV, but it won’t be censored,” Mr Barr added. “On every film there’s an explanation of what hunting does for conservation and the local community.”

This is a defence that that Philippa King (chief operating officer of the League Against Cruel Sports) strongly rejects, stating that large parts of the money generated by trophy hunting does not go towards the conservation of endangered species:

“Most people won’t agree that trophy hunting is in any way ethical, and studies have debunked claims that most of the blood money goes towards supporting conservation. I’m not sure in what way an idiot with a gun against an elephant is a fair chase. Mr Kroenke could do the world a great favour by stopping peddling this kind of sickening TV and turning his focus on helping the animals he apparently likes to see killed.”