New report finds ‘more over-60s than ever’ are going vegan

A new report has discovered that thanks to initiatives such as Veganuary and vegan food becoming more easily accessible, more over-60s than ever before are ditching meat and dairy and going vegan. 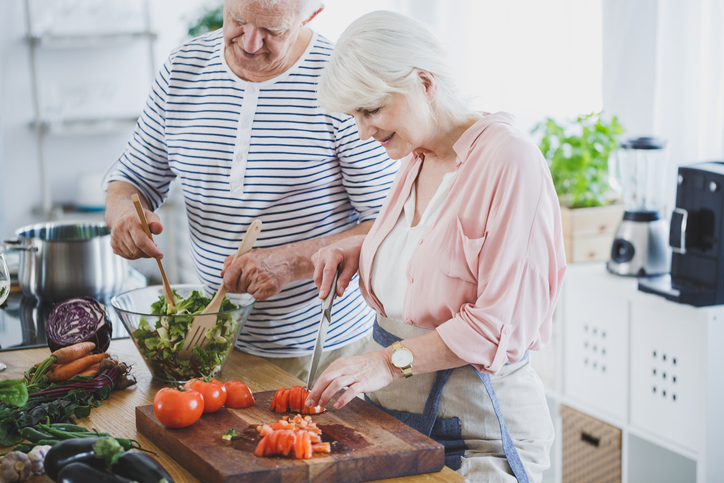 A new report commissioned by The Telegraph has discovered that thanks to initiatives such as Veganuary more over-60s than ever before are ditching meat and dairy and going vegan.

Young people are largely credited with being the driving force behind the meteoric rise in the number of people going vegan thanks to sharing the numerous benefits of the lifestyle on social media. From animal rights documentaries on YouTube to amazing vegan food creations on Instagram, to articles being shared on Facebook, veganism has been given a platform it’s never had before.

Previous research from The Vegan Society in 2016 found that the growth of the vegan movement was being driven by young people, as close to half of all vegans (42%) were in the 15-34 age category and only 14% were aged 65 and over.

But times are certainly changing as new research conducted by The Telegraph has found that initiatives such as Veganuary have encouraged a new demographic to cut animal products from their lives: the over 60s.

Speaking to the news outlet about her newly adopted vegan lifestyle, Eileen Giles, a 76-year-old grandmother from Hastings, said: “I wish I’d done it years ago. Until fairly recently, it singled you out as a bit of a freak. And some of it is damn stupid – shouting at meat-eaters achieves nothing – but I’ve never felt better.”

Eileen, who has been vegan for two years, originally was drawn to veganism after learning about the cruelty farmed animals suffer but has reaped the health benefits that so often accompany adopting a plant-based diet.

“I have arthritis in my knees and back, which hurt quite a lot of the time,” she admitted. “At one stage, I was taking Tramadol for it, which made me hallucinate. It took the pain away but it took every other feeling away too; I felt like a zombie. But when I became vegan two years ago, the pain became much more manageable, and now I don’t take any medication at all. If I’m standing for a long time or walking long distances I can feel it, but paracetamol is all I need to stop it aching.” 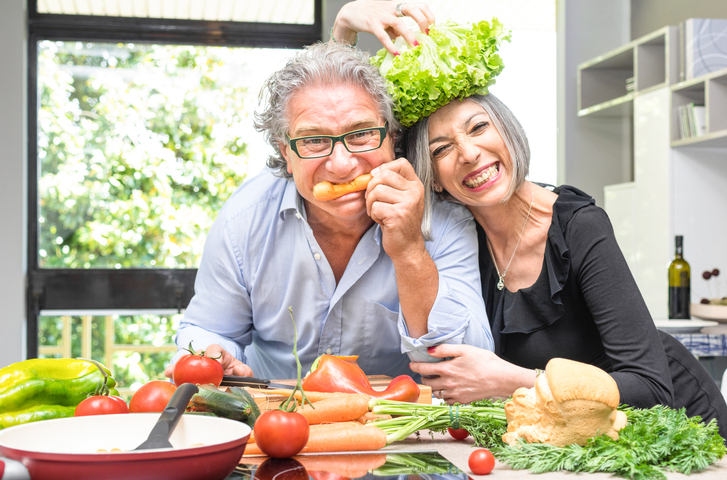 Since going vegan, Eileen has managed to lose excess weight that she struggled for many years previously to lose thanks to her hypothyroidism and has noticed a reducing in the pain and stiffness normally caused by her. Eileen has also enjoyed the increase in energy her new way of living has rewarded her with.

Eileen is not alone is reaping the benefits of a plant-based diet in her later years, as 64 Dulce Bradshaw has also seen drastic improvements to her health.

“I’ve been vegan for a year and a half and have so much more energy,” she says. “I work in a busy hotel, often from 6am until 6pm and don’t ever feel that the diet leaves me hungry or tired. In hindsight, I think eating meat made me lethargic – maybe it didn’t agree with me, but I often had stomach cramps and indigestion, which entirely went away when I went vegan. I would say my health improved dramatically.”

Pensioners are finding it easier to go vegan and stick with it than ever before thanks to vegan products becoming more readily and easily accessible in supermarkets and restaurants.

According to Eileen: “Nowadays, it’s so easy to be vegan. Two years ago, we went for dinner in a restaurant and all I could order was chips, because there was nothing else on the menu. But now the supermarkets are full of stuff, even in Hastings, and so I’ll never go back. Even my husband likes vegan cheese now, and he’s 81.”

Dr Frank Miskelly, a consultant physician in elderly care at Imperial College Healthcare NHS Trust, says there is some evidence the suggests real benefits to patients following a plant-based diet.

Speaking to The Telegraph, Dr Miskelly explained: “It seems that a vegan diet could not only reduce the rise of diabetes, as part of a weight-loss plan, it could also help with renal problems. The high-protein diets associated with meat-eaters can put a strain on the kidneys. Weight loss can also help with metabolic syndrome, the very Western disease associated with obesity, high-blood pressure and high cholesterol.