Over one billion chickens are raised and killed for food per year in the UK, with 95% of them being reared on standard, intensive factory farms.  A new film from Humane League is hoping to bring the company’s reluctance to commit to improving their animal welfare responsibilities by publicly calling them out on their cruelty.

McDonald’s is one of the largest restaurant chains in the worlds and profits from breeding chickens to suffer as under their new “improved welfare” policy, chickens raised and killed for its menu are still unnaturally bred to grow so large and so fast that they can literally become immobilised under the weight of their own enormous bodies, often unable to stand or walk and left to lie in their own excrement.

The issue is so severe that if we, humans, grew at a rate similar to McDonald’s chickens, we would weigh 300 kilos at just two months old. 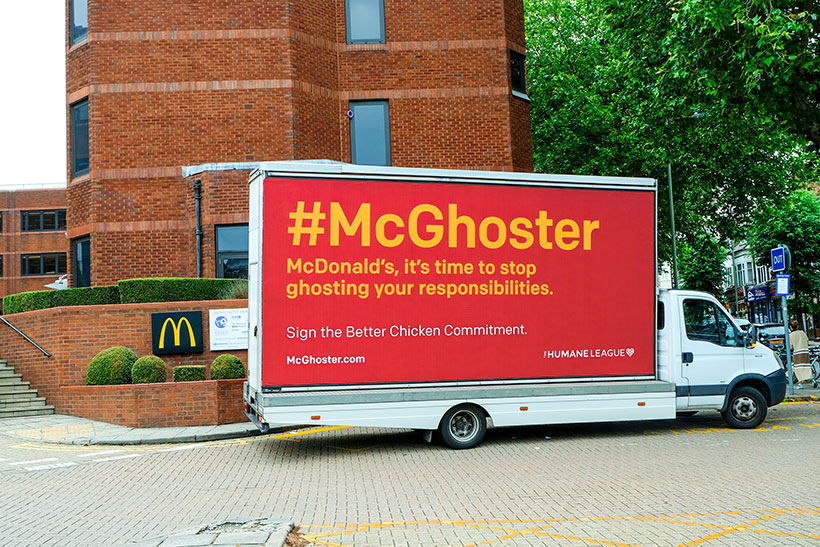 The Humane League highlight the unimaginable suffering felt by the chickens, whose legs often can’t support their weight, so they often endure bone breakages and can be rendered immobile. Some even die of heart attacks caused by the pressure of their weight.

The animal welfare charity is calling out the global fast-food giant for their animal welfare policy in the UK as it does little to alleviate the cruelty dealt to the animals as “there is little value in improving chickens’ living conditions with environmental enrichment and natural light—as McDonald’s are doing in the UK—if their bodies can render them so immobile they may not be able to stand, walk, or comfortably breathe.”

In order to make the public aware of the cruelty behind their Big Mac’s, The Humane League has created an online film that takes place in the ‘McDonald’s Mansion’ in the aftermath of a raucous party.

As the scene unfolds, we hear angry voicemails from people who feel they’ve been misled and ‘ghosted’ by the host of the party. Overlayed on this grand scene is a stern wake-up call to the corporation: The Party’s Over, McDonald’s. 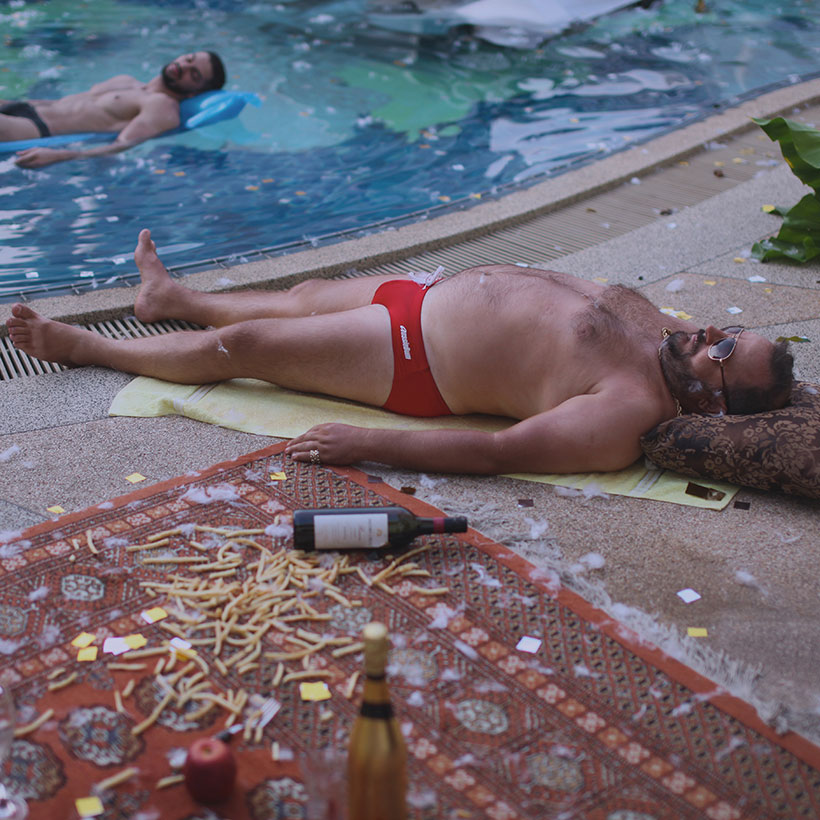 In a statement sent to Vegan Food & Living, Head of Campaigns at The Humane League UK, Pru Elliott, said: “McDonald’s invests so much in portraying itself as the friendly ‘good-guy’ and as industry leaders. And, while it has taken progressive steps on some animal welfare issues, the truth is that when the suffering of millions upon millions of chickens—the most numerous animals in McDonald’s supply chain—is at stake, McDonald’s fails to live up to the upstanding image it portrays.”

“McDonald’s has failed to take meaningful action against the extreme suffering of chickens in its supply chain. The company has repeatedly offered pseudo-solutions which do not compare with the progressive steps being taken by other companies.

“At best the steps McDonald’s has taken suggest an acknowledgement that the current situation is unacceptable, and at worst it could be an attempt to mislead customers with a rhetoric that sounds promising but fails to deliver.” 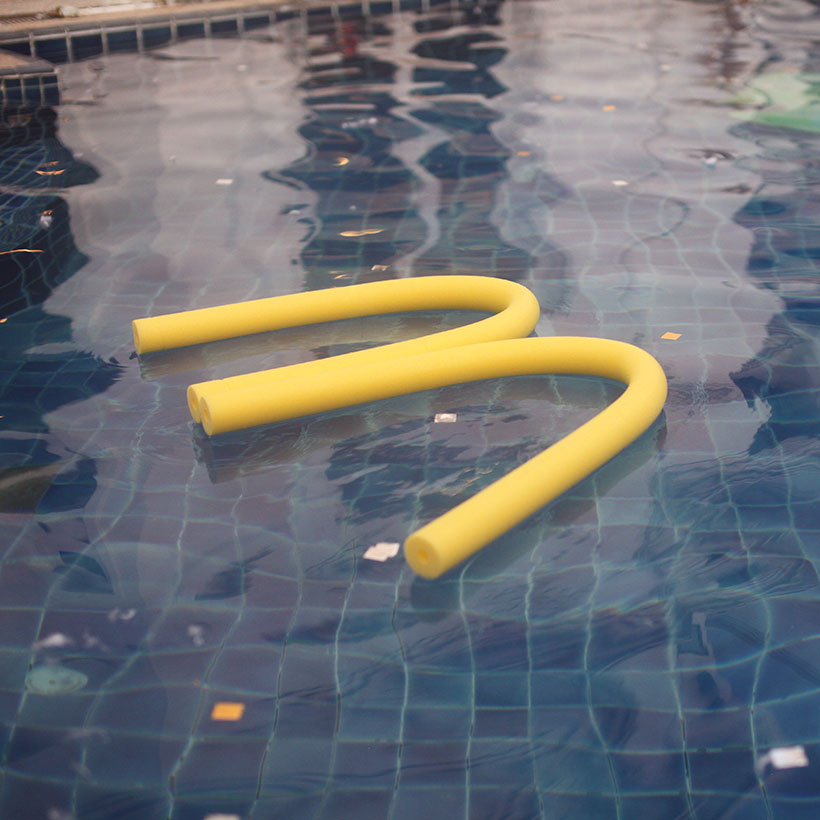 In a bid to improve the lives of millions of animals around the world in McDonald’s supply chain, The Humane League is calling on the company to improve animal welfare in its supply chain by publicly committing to the European ‘Better Chicken Commitment’ and the North American equivalent.

Taylor Ford, Director of Campaigns at The Humane League, said “What we’re asking for is perfectly reasonable and an essential part of McDonald’s ethical responsibilities. The commitment we are asking McDonald’s to sign simply addresses the very worst suffering endured by chickens. The changes we are proposing are supported by scientific evidence, backed by leading animal protection charities and have been adopted by over 130 companies in the US.”

International animal protection organisation Mercy For Animals has also recently teamed up with a host of famous faces to encourage fast-food giant McDonald’s to stop inflicting cruelty on animals. Celebrities including Emily Deschanel, James Cromwell, Kimberly Elise, Matt Lauria, Joanna Krupa, Daisy Fuentes, John Salley and Alison Pill have teamed up with Mercy For Animals in a powerful video that will air on American television.

Whilst the campaign aims to improve the lives of these enslaved animals, the only way to truly improve their welfare and end their suffering is to stop eating chicken entirely and to opt for the many vegan alternatives offered at restaurants and fast food joints.

Here are all the vegan options at McDonald’s.