The new £10 note is being released today, and it still contains animal fat

The Bank of England will unveil the new £10 notes today, featuring legendary author Jane Austen, at Winchester Cathedral, but the Bank admitted an “extremely small amount” of tallow, or animal fat, was used in the production of the notes. 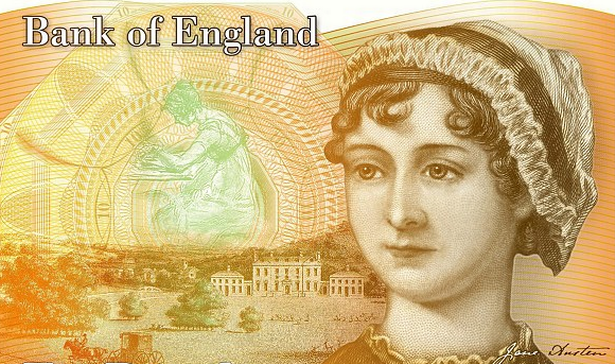 Vegetarians, vegans and some religious groups have accused the central bank of forcing unethical products on the public as the new Jane Austen £10 notes will be made using the same process as the new £5 note, which sparked controversy when the use of tallow first emerged.

More than 135,000 people signed an online petition calling for the bank to remove tallow from the £5 notes.

The Vegan Society said it was “unfortunate” the new £10 note will also contain tallow, with a spokesman for the group said at the time: “We have met with the Bank of England and believe they are committed to solving this problem. We will continue to work with them to find a good solution.”

The Bank said it considered delaying the issue of the £10 note following the outcry, but decided it would be too costly as they had already spent £24million on printing 275million new £10 polymer notes since production began in August.

In a statement issued last year, the Bank said: “We are aware of some people’s concerns about traces of tallow in our new £5 note. We respect those concerns and are treating them with the utmost seriousness. This issue has only just come to light, and the Bank did not know about it when the contract was signed.”

The new £10 will come into circulation in September.

The new £20 note is due to be introduced by 2020, but the tender for production has been put on hold thanks to the controversy surrounding it’s ingredients. The Bank of England has addressed these concerns by stating that it is now assessing whether palm oil or coconut oil should be used instead.

However, the announcement proved controversial with conservation groups, who warned that palm oil production can wreck rainforests and displace people living in them.

“It would depend on where the Bank of England source it,” said Rachel Agnew of the Rainforest Foundation. “Whether it is sustainable is the issue.”