The basketball stadium will serve fans a range of vegan treats from Wicked Kitchen including subs, burgers, and dairy-free ice cream.

NBA stars have teamed up with a leading plant-based brand to launch its first-ever vegan concession stand.

Basket ball pros from the Minnesota Timberwolves have partnered with Wicked Kitchen to provide plant-based options for fans at the Target Center in Minneapolis.

Wicked Kitchen’s products will also be available in the Club Level and VIP Lounge.

Chef Chad Sarno, who will oversee the menu, says the collab is offering the ‘best sporting arena concession items in the country’. 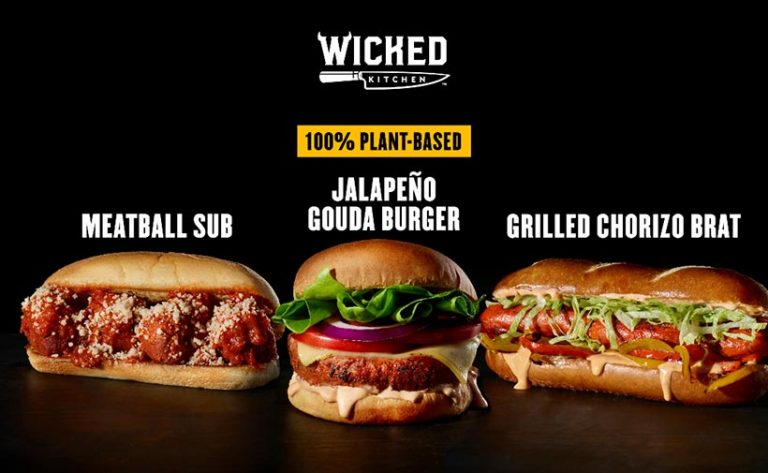 The vegan concession stand is the first of its kind at the Target Center and will serve burgers, subs, and dairy-free ice creams. Image credit: Wicked Kitchen

Wicked Kitchen’s CEO Pete Speranza added: “It’s an honour to provide our hometown team with a Wicked experience that fans will love and crave.

“We know our foods will quickly be fan favourites and on par with the amazing team this year. More and more players are moving to eat plant-based, and we want to give the fans the same opportunity…

“There’s no better way to show mainstream America that animal-free foods are super tasty, satisfying and comforting than by serving them up in a basketball stadium in the middle of the country.”

He added: “A gourmet and chef-driven offering, there is something for everyone from Wicked’s sandwiches to ice cream. We are so excited to introduce Wicked Kitchen to Timberwolves fans this season.”

Did you know chickpea water can be used to make meringues, marshmallows and more?

Find out how with these clever aquafaba recipes.