Natalie Portman has helped a start-up develop a whole range of vegan meats after participating in a $12m dollar investment.

This investment means many new plant-based whole-muscle vegan meat products can be developed such as pulled pork, steak, and chicken breast.

Tender Food launched in 2020 and aims to make a mark on the market by focussing on producing realistic plant-based alternatives.

The technology spins the product to create a fibrous texture, similar to that of a cotton candy machine.

Due to the speed of this technology, it ensures faster production, meaning these meats will be both plentiful and affordable.

Tender Food has a clear objective to make sure it can replicate the most textured of meats to specifically target meat-eaters and have a hyper-realistic vegan alternative to animal-based meat.

Fellow investors share the goal that Tender Foods is aiming for. Introduce more products that will disrupt the animal agriculture industry.

“Cheers to the vegans, but to win over everybody else you need steaks and chops made from plants that are just as tasty.” 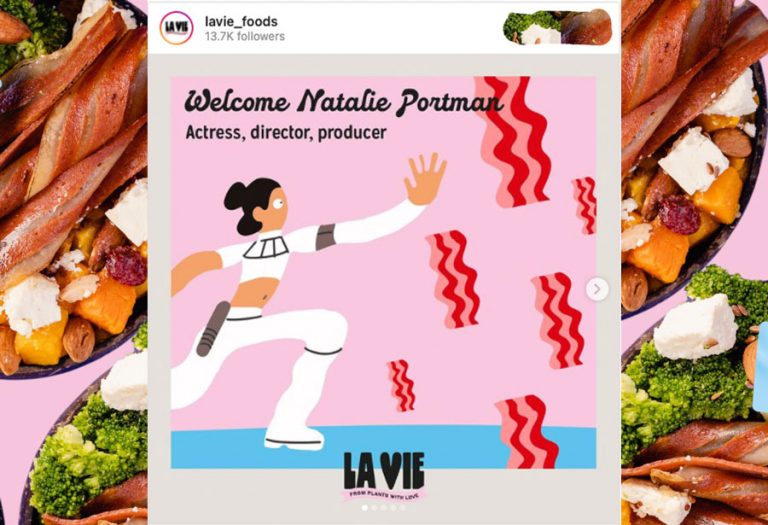 Tender Foods is the second vegan meat investment Natalie Portman has made this year. The first is La Vie, a French vegan bacon startup.

La Vie successfully secured a total of $28.3 million, making history as one of the highest Series A funding amounts in the French mock meat market.

The founders’ mission was to create plant-based bacon that tastes like pork, and the endeavour began in 2019.

Currently, these meats are available in one of France’s largest supermarket chains Carrefour, as well as in restaurants.

As a result of this funding, La Vie is intending to expand across France, Europe and the UK.

Natalie Portman continues to advocate plant-based foods and these investments are a reflection of her beliefs that the need for animal suffering isn’t necessary.

Plant-based companies are making an impact. Read about who made TIME Magazines ‘Most Influential Companies’ List