MPs across the UK are backing a campaign calling on the Secretary of State for Education to make changes to its school meal advice...

MPs around the UK are urging the government to axe mandatory servings of meat, including fish, and dairy from school meals.

The push is part of a campaign spearheaded by PETA to revise the School Food Standards, which it has branded ‘outdated’.

Backed by the McCartney family and vegan chef Omari McQueen – the charity has sent a letter to newly appointed Secretary of State for Education Kit Malthouse.

“PETA is urging the Department for Education to update the archaic School Food Standards to remove obligatory servings of meat and dairy, foods that have been found to harm the environment and human health.”

The government’s current advice for school meals does promote ‘plenty of fruit and vegetables’ as well as starchy foods such as rice.

It cites ‘using pulses twice a week and soya, tofu, or mycoprotein-based meat substitute once or twice each week’.

However, daily offerings of dairy and meat (including red meat) are also encouraged and hailed for their ‘health’ benefits.

As part of a free of charge service, ProVeg UK offers to advise on school menus, help to develop vegan recipes, and even deliver training workshops to the school chefs to help them adapt.

In a video published by ProVeg UK, Packham said: “[School Plates] is a great initiative – it’s all about getting young people in schools to explore a more plant-based diet, because, we’ve got to be honest here – in order for us to hope for a healthier, happier, more sustainable future, we need to make some changes.

“One of the things that we can do relatively easily here in the UK is change what we eat. There’s no ambiguity about the fact that we need to be eating less meat. What we’re interested in is a transition – asking people who eat a lot [of meat] to eat a little less, being patient and kind as they go through that process.

“Working with caterers, and with staff and all those people working in school kitchens, giving the training and encouragement to try more plant-based food… School Plates is a really great idea. So please do try to get involved!”

Is your child interested in going vegan? Help them to find out what healthy vegan kids eat 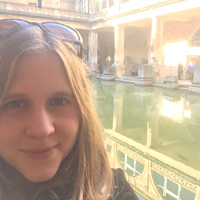