Moving Mountains is getting set to launch a brand new plant-based sausage made with all-natural ingredients and a skin created from algae for a perfect sizzle and bite. 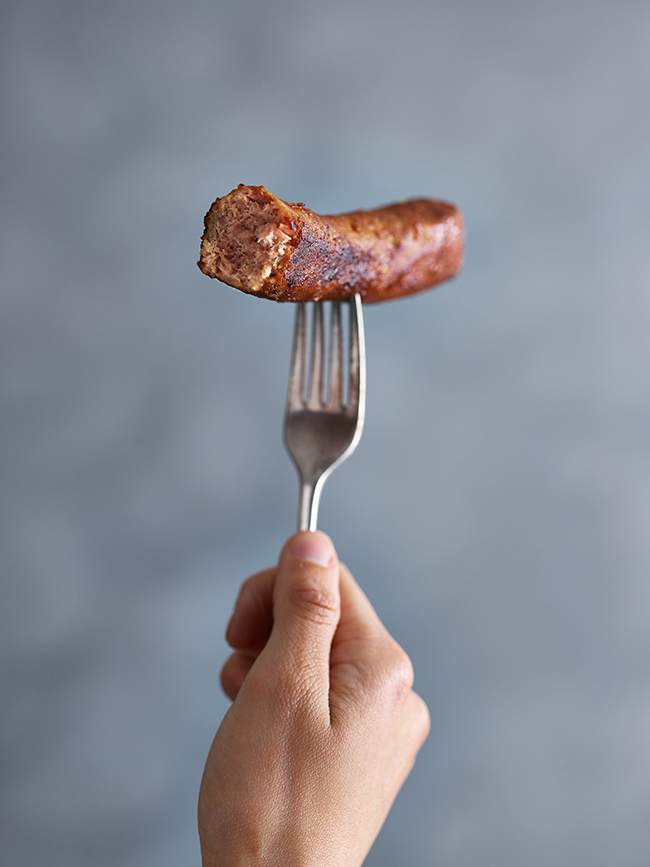 Moving Mountains, the brand who launched the UK’s first ‘bleeding’ vegan burger in the UK, has just added a new product to its range: the Moving Mountains® Banger –  a meatless sausage made with all-natural ingredients and a skin created from algae.

According to the company, “when cooked in the pan or BBQ, it sizzles, smells and browns just like the real thing.” In order to create a plant-based product that mimics the taste and texture of a pork sausage, Moving Mountains uses a blend of nutrient-rich vegetables such as oyster mushrooms and beetroot with pepper and nutmeg to season.

The company claims the “texture and succulent bite is identical to an artisanal sausage,” and also boasts the UK’s first antioxidant-rich algae skin which “has a satisfying bite when bitten into.”

The banger also comes with added Vitamin B12, which is typically found in red meats, to provide essential nutrients so it can “genuinely compete with a pork sausage.”

“We are delighted to launch the 100% plant-based Moving Mountains® Banger. We have spent years perfecting the recipe with a team of scientists, farmers and chefs and it is the closest replication to a pork sausage in the UK.

“It provides a real solution to the environmental impact of the animal agriculture industry, without compromising on taste for vegans, vegetarians and meat eaters.”