UK supermarket Morrisons has added a brand new vegan ready meal to its range in the form of a vegan-friendly katsu curry. 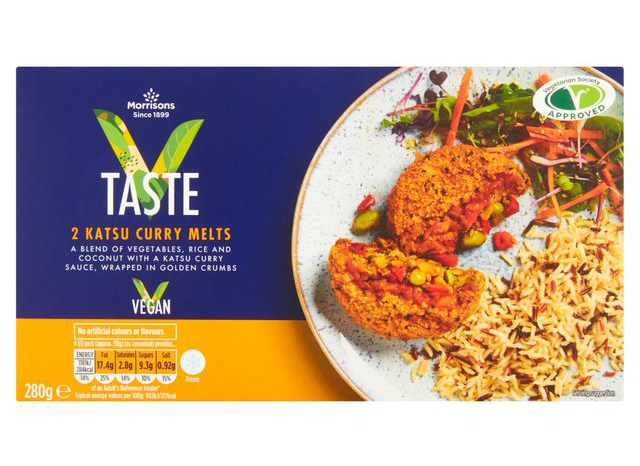 Hot on the heels of the news that one of the UK’s largest supermarket will be launching a brand new own-brand vegan range in stores later this month, Morrisons supermarket has launched a vegan katsu curry ready meal.

The range is being introduced in a bid to build on the supermarket’s strongest sales growth in nearly a decade. Morrisons hopes to tap into the trend towards plant-based food by targeting younger consumers and providing options for those who wish to cut down on their meat consumption.

The new vegan option is described as a mixture of white rice, coconut, edamame bean, spinach and curry style seasoning formed into a burger shape with katsu sauce in Indian style breadcrumb. Whilst it’s not a traditional katsu curry, it certainly sounds like a tasty option for those looking for a quick and easy supper.

The katsu curry isn’t the only new option the store has rolled out, as eagle-eyed shoppers have also spotted the stores new Sweet Potaro Nut Cutlets, which consist of a seasoned blend of sweet potato, peanuts, almonds and walnuts with carrots and spinach. 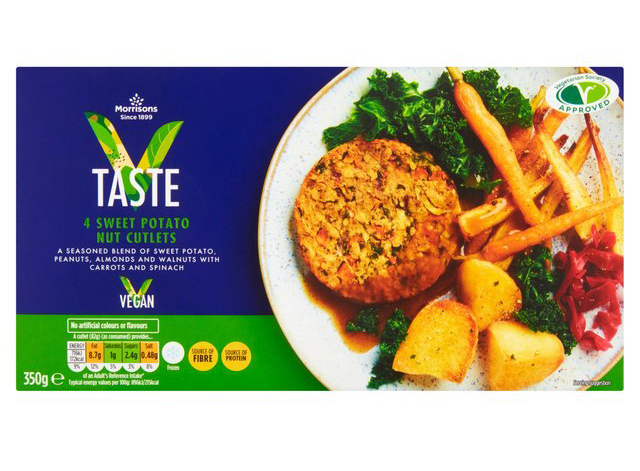 Wonky fruit and veg sales at Morrisons have been very well accepted this year. Selling malformed food products at lower prices benefits budgeting buyers and cuts down on the food waste produced by the supermarket. The supermarket chain also recently announced it would be reviving traditional paper grocery bags for loose fruit and vegetables in a bid to save 150 million plastic bags each year.

Earlier this year, the supermarket announced its new commitment to vegan labelling, stating that all of the Morrison own-brand products that are suitable for vegans will be clearly labelled to make shopping for vegan products easier for customers.