Few vegan launches have caused such a stir in recent years than Gregg’s vegan sausage roll which launched in January earlier this year. In fact, the sausage roll proved so popular that Gregg’s saw its profits soar by 58%.

Keen to take a bit of the action, retailers have been competing to launch their own versions, but Morrisons’ new offering, the Vegan Foot Long, might just beat them all!

The impressive new vegan pastry, which costs just £1, is double the length and four times the weight of its competitors, weighing in at a weighty 466g. 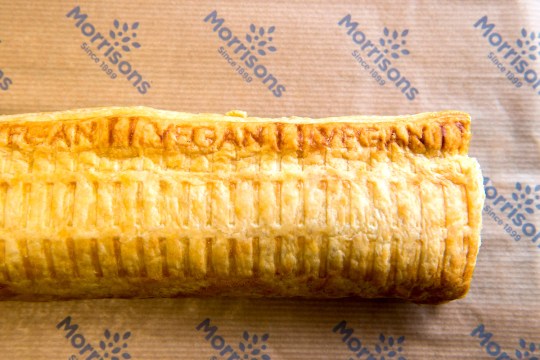 Available to purchase in store from today at Morrisons Pie Counters, the Vegan Foot Long is filled with seasoned soya mince blended with a mix of herbs and spices in place of sausage meat wrapped in golden flaky pastry.

In a statement, Morrisons Pie Expert, Steven Halford, said: ‘Our original foot-long sausage roll caught the imagination of the nation so we’ve worked hard to make sure everyone – including vegans – can now tuck into our creation. Sharing is optional.’