Morrisons bans plastic packaging from its bananas in a supermarket first

Bananas are the second most commonly bought product in Morrisons stores. This means the landmark ban will remove a staggering 45 million single-use plastic banana bags a year

Morrisons has just become the first supermarket to ban plastic bags from its bananas saving 180 tonnes of plastic each year.

As a nation of banana lovers, it’s no surprise to hear bananas are in fact the second most commonly bought product in Morrisons stores.

By taking this step, the supermarket will remove 45 million single-use plastic bags from its stores each year.

Following a successful 12 week trial, Morrisons will now replace its banana bags with new paper bands. So far, the trials have successfully removed over 2 million plastic banana bags from stores.

The sturdy bands are made from FSC certified paper to ensure that banana bunches remain intact. The paper bands are currently being rolled out to stores now and will be available nationwide in six months. 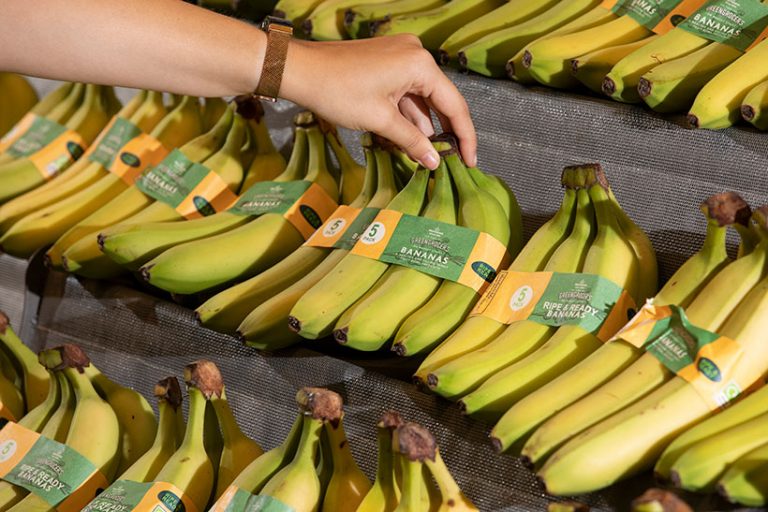 Following its plastic bag ban, Morrisons will now sell its bunched bananas in a paper wrap.

‘Bananas have their own packaging – their skins’

Explaining the decision to ban its banana bags, Elio Biondo, Banana Buyer from Morrisons, said: “Bananas have their own packaging – their skins. They also grow in bunches which generally means they don’t need bagging together.

“So a simple sturdy paper band is the ideal alternative. In trials the quality of the bananas has remained the same, so this switch out of plastic is a no-brainer.”

Morrisons has been on a mission in recent years to cut its plastic packaging following the nationwide plastic bag ban in 2015.

Since then, the supermarket has embraced traditional grocery packaging methods like selling fresh produce in old-style paper grocery bags. 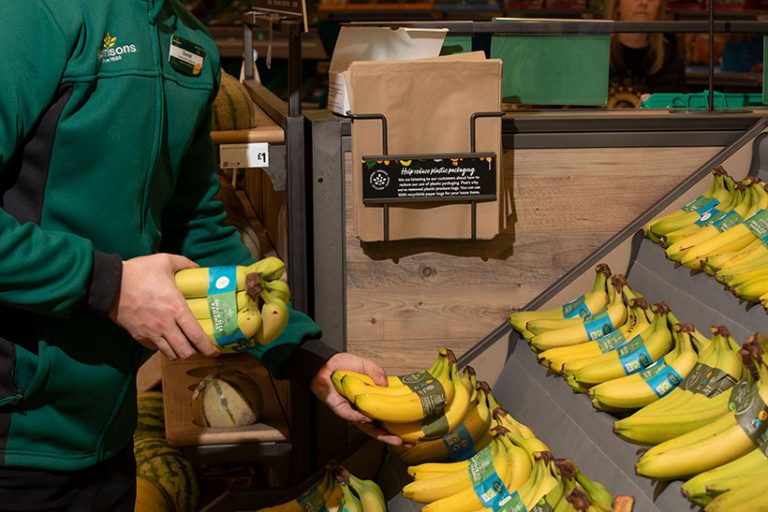 In 2019, the chain also introduced plastic-free fruit and veg aisles to 60 of its stores across the UK to save 156 tonnes of plastic each year.

Going forward, Morrisons has committed to a 50 per cent reduction across its own brand primary plastic packaging by 2025.

Furthermore, eighty-three per cent of Morrisons own-brand plastic packaging is now able to be recycled.

But that’s not all, Morrisons is also launching a move towards the UK’s first six ‘zero waste’ stores in Edinburgh.

If successful, the ‘zero waste’ store format will be rolled out to all 498 Morrisons stores over the next year.

Morrisons is also aiming to recycle all of the waste it creates across all its stores by 2025.

With more consumers becoming aware of the impact of their shopping habits, it’s vital that large supermarkets make it easier for everyone to cut down on their plastic consumption.

We hope that seeing a large company making changes will inspire other large retailers to follow suit.