Morrisons supermarket has expanded its in-store café menu to include a hearty vegan lasagne and a triple-layered chocolate cake. 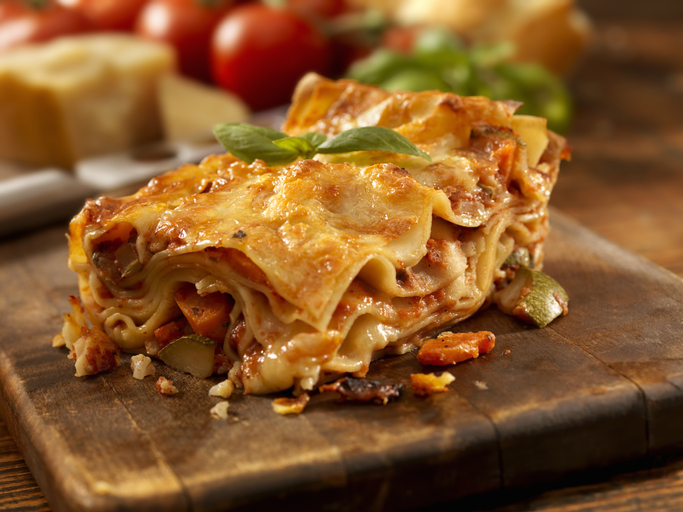 British supermarket chain Morrisons announced the launch of a brand new range of vegan ready-meals and desserts in 2018 in a bid to offer vegan customers more choice.

Now it’s expanded its in-store café menu to include a hearty vegan option – Vegan Butternut Squash & Lentil Lasagne (£5.50). The vegan lasagne features four layers of lasagne with tomatoes and lentils in a ragu and butternut squash sauce and is served with a side of salad.

The UK’s fourth-largest supermarket chain is also giving customers looking for a sweet treat the option of a decadent triple-layered chocolate oozing with silky chocolate buttercream.

The supermarket has been adding more vegan options to stores over the last year with the addition of a brand new vegan pizza to its pizza counter, a first for the supermarket. The new BBQ Pulled Jackfruit Vegan Pizza features pulled BBQ-flavoured jackfruit, peppers and vegan cheese as is available to purchase at the make-your-own pizza counter.