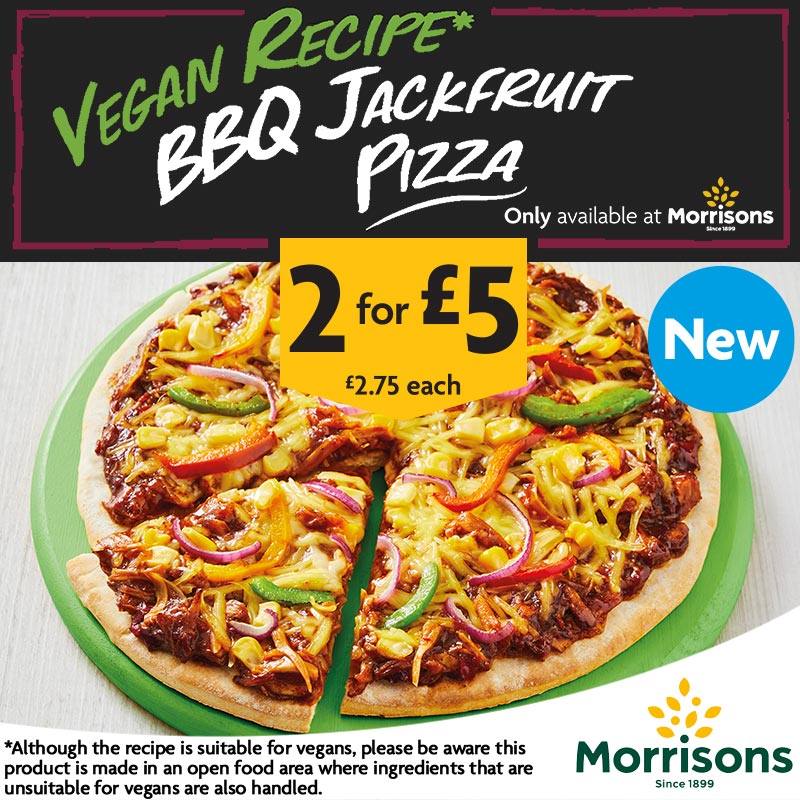 British supermarket chain Morrisons announced the launch of a brand new range of vegan ready-meals and desserts in 2018 in a bid to offer vegan customers more choice.

The supermarket currently sells a gluten-free and dairy-free pizza as part of its V Taste range, but the company has expanded its vegan offering once again with the addition of a brand new vegan pizza to its pizza counter, a first for the supermarket.

The new BBQ Pulled Jackfruit Vegan Pizza features pulled BBQ-flavoured jackfruit, peppers and vegan cheese and as it’s available to purchase at the make-your-own pizza counter customers can customise it with their favourite toppings such as chargrilled peppers and fresh onion.

The BBQ Pulled Jackfruit Vegan Pizza is priced at £2.75 or two for £5.

Vegan pizza has never been so easy to find with the likes of Goodfella’s and Iceland supermarket adding vegan-friendly pizzas to supermarket shelves in the UK. Asda recently added vegan cheese to its make-your-own pizza counter to allow vegans to customise their own takeaway pizzas.