Morrisons supermarket has expanded its in-store café menu to include a vegan breakfast and a meat-free burger. 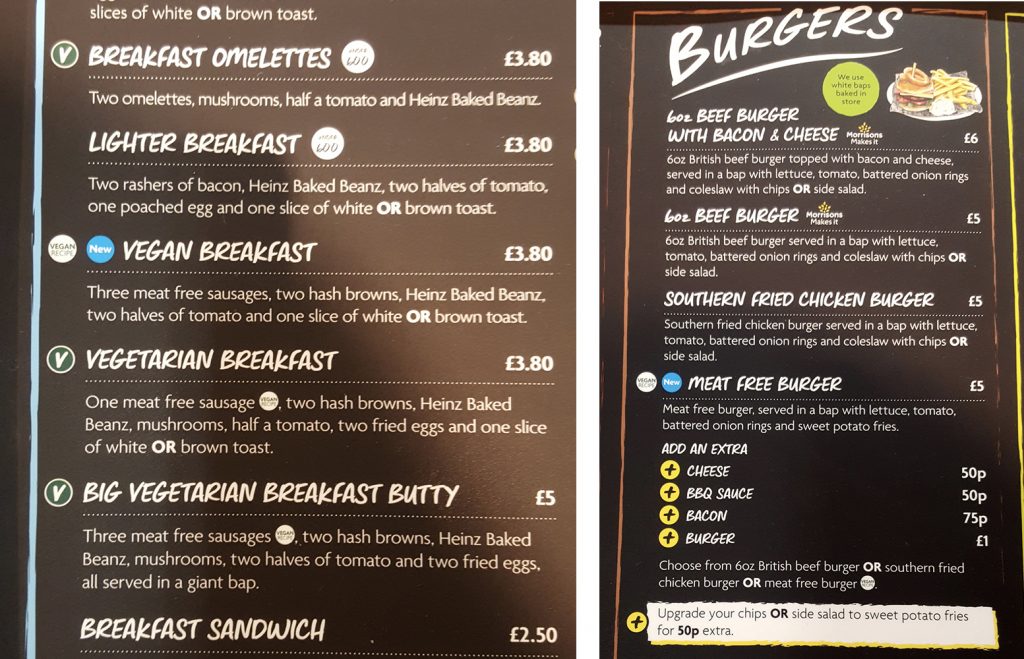 Perfect for those looking to fill up on some hearty grub whilst they shop, the Vegan Breakfast (£3.80) comes with three meat-free sausages, two hash browns, Heinz baked beans, two halves of tomato and a slice of either white or brown toast.

The UK’s fourth-largest supermarket chain is also offering a meat-free burger (£5) in its café menu which is served in a bap with lettuce, tomato, battered onion rings and sweet potato fries. Extra toppings such as BBQ sauce (50p) and an extra plant-based patty (£1) can also be added if you want to upgrade your meal.

Earlier this year, Morrisons added its first vegan dishes to its café menu in the form of aButternut Squash & Lentil Vegan Lasagne and a decadent triple-layered chocolate cake oozing with silky chocolate buttercream.

The supermarket has been adding more vegan options to stores over the last year with the addition of a brand new vegan pizza to its pizza counter, a first for the supermarket.