1.2 million UK chickens die weekly before they reach the age of slaughter due to ‘major welfare issues’, says report

'The scale of suffering behind cheap chicken may be shocking to consumers' said Connor Jackson, the CEO and co-founder of advocacy organisation Open Cages, which collated the report on chickens

Some 1.2 million factory farmed chickens die weekly in the UK before they reach the age of slaughter as a result of ‘major welfare issues’, according to a recent report.

The report, titled The Price of British Chicken: How Supermarkets Are Failing on Animal Welfare, was published by animal advocacy organisation Open Cages.

Analysing government data to come to its statistics, the organisation said that of the nearly 1.2 billion chickens that were killed last year to meet demand, some 61 million died before they reached the slaughterhouse.

It blamed ‘intensive conditions’ for the mortality rate, adding that the majority of chickens sold in supermarkets are what it describes as ‘Frankenchickens’ – birds that are genetically engineered to grow unnaturally quickly.

Among the issues caused by this unnatural growth, Open Cages estimates that last year, ‘nearly 5 million chickens may have suffered heart attacks, 15 million may have had their necks broken by farmers due to severe lameness and over 24 million may have died from infection’.

‘Scale of suffering’ of chickens

In a statement, Open Cages CEO & Co-Founder Connor Jackson, said: “The scale of suffering behind cheap chicken may be shocking to consumers, but to our major supermarkets it’s business as usual.

“They know full well that one in three Frankenchickens can barely walk, that millions die of heart attack, and that millions more die of horrendous diseases.”

The organisation is now calling on all retailers to sign the Better Chicken Commitment, a policy of improved welfare standards that prohibits the use of Frankenchickens and overcrowded conditions.

Some 300 companies across the UK and Europe have signed the Commitment, including KFC, Nestle and Subway. The only UK supermarkets to sign up so far including M&S and Waitrose.

Calling on all retailers who have not yet signed the Better Chicken Commitment to do so, he added: “Animals pay the ultimate price for cheap chicken.” 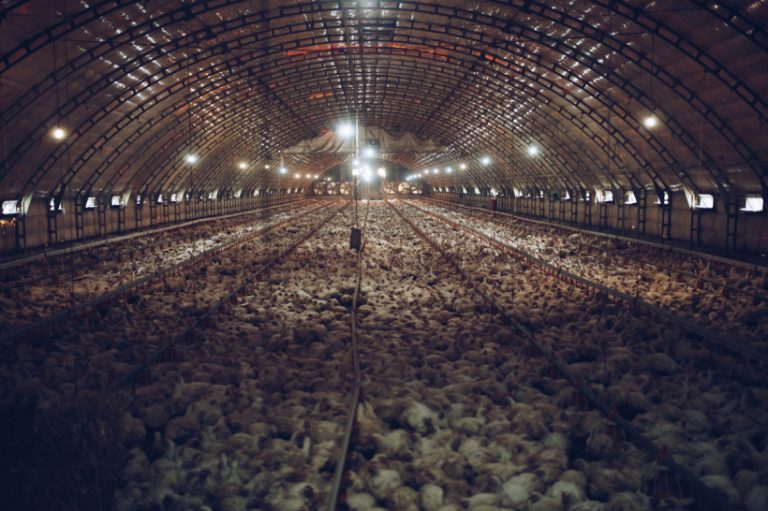 Chickens are ‘part of production’

The British Poultry Council, the trade group for the industry, said: “Our birds are the most valuable part of production so we are working incredibly hard to minimise the level of mortality in the process, which is averaging at around four per cent.

“We use a variety of production systems, including Better Chicken Commitment, according to the demand of consumers.

“It has a higher environmental impact and cost of production, so it currently makes up only one per cent of the market. We are an industry driven by consumer preference.”

Andrew Opie, director of food and sustainability at the British Retail Consortium, added: “Our members take their responsibilities to animal welfare very seriously, and they ensure it is a key part of the production standards for all the meat they sell.

“Retailers already give consumers the choice of how their chicken is reared, including free-range and organic chicken, in addition to the standard range.”

Broadcaster and vegan Chris Packham, who launched a 2021 petition calling on all retailers to sign the Better Chicken Commitment, said he believes ‘consumers would be utterly disgusted to know that a million of these intelligent, sensitive birds are dying every week to get cheap chicken onto their plates’.

He added: “The misery these animals face on a daily basis is unnecessary and would outrage even the most ardent meat eaters, because it serves no purpose but to satisfy the profits of [some] major supermarkets who refuse to help them.”

He said that there are several actions people can take to help these animals, notably cutting down on meat consumption, as well as calling on retailers to raise welfare standards, for example, by signing his petition.

There are lots of delicious plant-based alternatives to chicken, why not try one of them today?